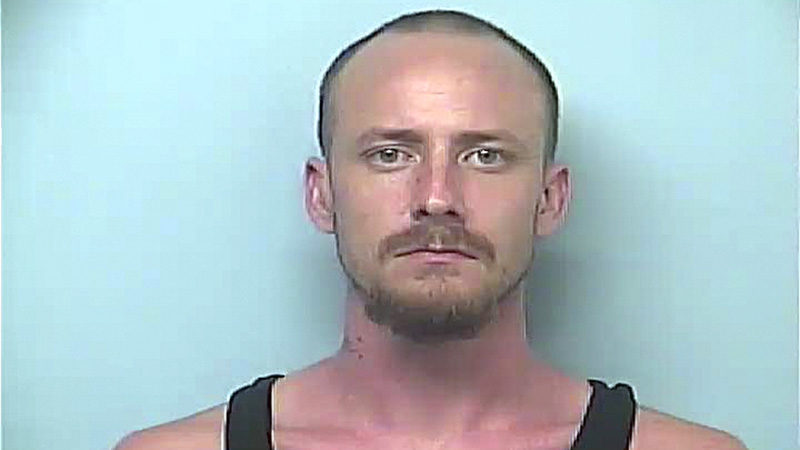 A Hogansville man was arrested Tuesday after allegedly entering a deceased person’s residence and taking several thousands of dollars from his home. According to a Hogansville Police Department press release, Christopher Harris, 29, of Hogansville, was charged with felony theft and felony concealment of death.

Terry Irvin, a Hogansville city utility worker, was scheduled to perform a service disconnect on a residence, but he knew the resident was always on time with his payment. He alerted his supervisor and police were called to the scene Feb. 28, according to the press release.

The person in the residence had been dead for about three weeks before being discovered by police. He had died of natural causes, according to the police report.

While investigating the death, Hogansville police received a tip that someone may have entered the property shortly after the man’s death and stole cash from the residence, according to the press release.

Officers interviewed several people, and then arrested Harris. According to the press release, a portion of the cash has been recovered, but police are still investigating.

“We’re trying to recover as much was taken as possible,” said HPD Sgt. Jeff Sheppard. “If anybody will come forward who has received anything from [Harris], we encourage them to turn it in.”

Sheppard said Harris and the deceased person were neighbors.

Anyone who has further information is encouraged to contact the HPD tip line at info@hogansvillepd.com or Sheppard at (706) 637-6648.

Hogansville City Manager David Milliron said in an email that the city will recognize Irvin at its council meeting on March 19.

“It is with deep regret and profound sadness that the man died and wasn’t discovered for several weeks,” Milliron said. “Terry is to be commended for stepping in when he noticed things seemed off. Sure, he could have just done his job and moved on to his next customer, but he didn’t, and for that, the city is grateful. Our employees do care about our customers and get to know many of them on a personal level.”