Local dogs, cats are rescued through Puppy Pipeline, other nonprofits 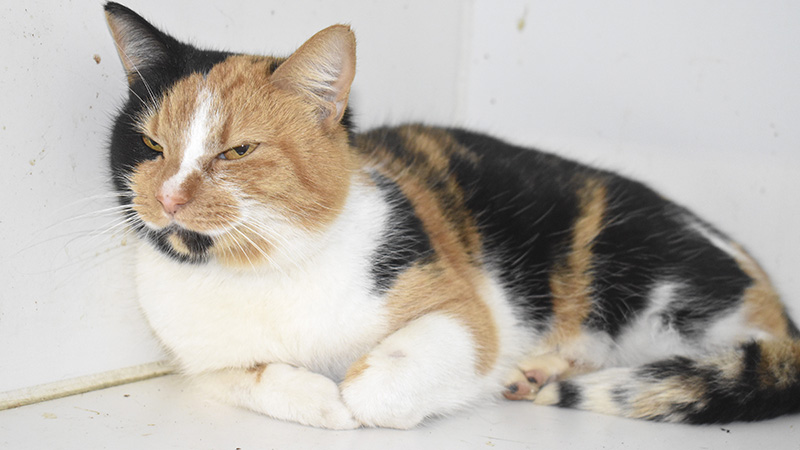 The LaGrange Animal Shelter sends dogs and cats of all ages to shelters in the north via the Puppy Pipeline. A calico cat sits in a cubby. --Gabrielle Jansen

More than a thousand animals get adopted from the LaGrange Animal Shelter each year, and hundreds of those are sent to other cities to be placed in forever homes. Puppy Pipeline Rescue of Georgia and Releash Atlanta are both nonprofits that help animals in LaGrange find permanent homes.

With the Puppy Pipeline, animals are transported to shelters in the northern states. The animal shelter started their partnership with them around 2007, according to LaGrange Animal Shelter Supervisor Chris Bussey.

The shelter sends Puppy Pipeline around 600 animals annually and anywhere from 20 to 70 animals every month, according to Bussey. The summer has more transports since it is “puppy and kitten season” nonstop, he said.

“It just depends on the receiving shelter’s needs and their wants,” Bussey said.

Puppy Pipeline Founder Mike Dougherty said the pipeline picks up about 4,000 animals every year. According to Dougherty, a lot of no-kill shelters in northern states don’t have as many adoptable animals because more pets are fixed there.

Because of overpopulation in the south, the animals are sent to shelters in Wisconsin, Michigan, Ohio, Pennsylvania and other states. Once there, they are neutered or spayed before going to the adoption floor, Dougherty said.

“We have a fleet of vans. When Chris (Bussey) has an overcrowding issue, we put him in touch with the shelters up north,” Dougherty said. “He works up the load, we get involved at the very last minute. We show up, we pick them up and we drive them there.”

Cats and dogs of all ages get picked up by the pipeline. They are tested for illnesses and aggression before being chosen, according to Bussey.

Bussey said they try to pull animals evenly to all of the shelters.

Dougherty said 12-week-old dogs who are sent north are usually adopted out between 24 to 48 hours after being placed at the shelters.

Dougherty shared an example from last year where a boxer named Sugar was surrendered to the LaGrange Animal Shelter in January, transported on the pipeline to Maine in February and was adopted by a family in March.

Between the local animal shelter and Meriwether County last year, 800 dogs and cats were sent up the pipeline, Dougherty said.

“The LaGrange people have been wonderful people to work with under the direction of Captain (Mike) Pheil,” Dougherty said. “They’ve done wonders at that shelter. It’s a tough area, but they’ve really turned it around.”

Releash Atlanta is another nonprofit which takes in dogs and puts them in foster homes before they get adopted. Board officer and foster Amber Karr said they have been operating since November 2014, but have partnered with the LaGrange Animal Shelter for about a year.

“We pull dogs from shelters all over Georgia,” Karr said. “We get them fully vetted. We learn their temperament and their needs and then we start looking for their perfect match their perfect family.”

Karr said they have pulled about five dogs so far from LaGrange. Some of those taken are already adopted and others have meet and greets set up with potential adopters.

The dogs are tested for temperament, including interacting with other dogs and they are looked over before they are taken in. Releash then pays to have the animals and puts them in foster homes. The foster owners post about their animals on social media and on their website for potential adopters.

“We are a foster based rescue, which means all of our dogs are actually in people’s foster homes,” Karr said. “We have about 20 active foster (owners) right now.”

Karr said they recently started pulling from LaGrange because she was born and raised there and the shelter is close to her heart.

The LaGrange-Troup County Humane Society also operates in the same building as the LaGrange Animal Shelter. The shelter also has a relationship with Paws Humane of Columbus, Georgia.