Police dispose of suspicious package, determine it was non-threatening 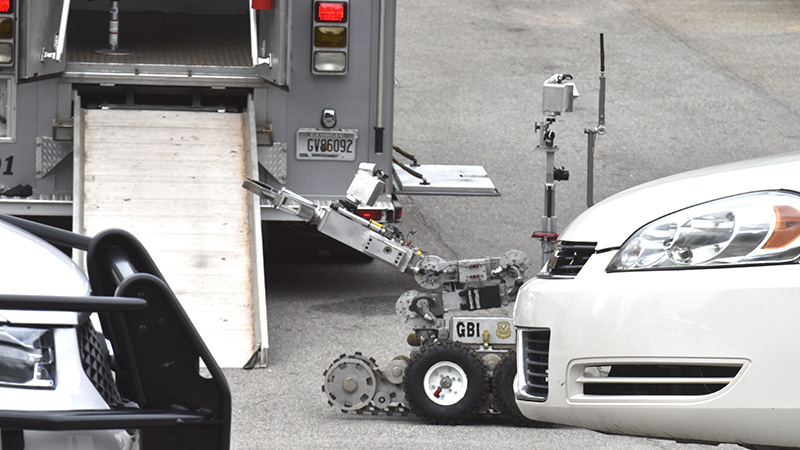 A suspicious package was deemed to not have explosives after being discovered by a power box at the 100 block of Wynnwood Drive Friday. The Georgia Bureau of Investigation, along with officers from the LaGrange Police Department and Troup County Sheriff’s Office, disposed the package and cleared the scene before 2 p.m.

Anthony Hall said he was picking up trash from a dumpster with his brother when he saw a package covered in duct tape with wires hanging from it and decided to call 911.

“I went around behind there to pick up trash and happened to see it sitting right next to [the box],” Hall said. “It’s just all wrapped up in duct tape and sitting next to a power box.”

Law enforcement was called in around 10:30 a.m., according to LPD Officer Brandon Torrence.

“At this point, there was no threat to the public, but you have to take in everything as is,” Torrence said.

Law enforcement takes suspicious packages very seriously since they never know what’s inside, Torrence said. Torrence did not go into detail about what was in the box.

A GBI robot was used to dispose the package, causing a small explosion. The apartment buildings near the package were evacuated.

“It’s just best to be on the safe side. We’ll go through every precaution necessary to eliminate the risks for the community and for us as well,” Torrence said. “It was something that looked odd. It was very odd to us and to the GBI as well. Unfortunately, with these things going around, just be mindful, look around your area, be safe about it.”