An opening that is packaged to deliver 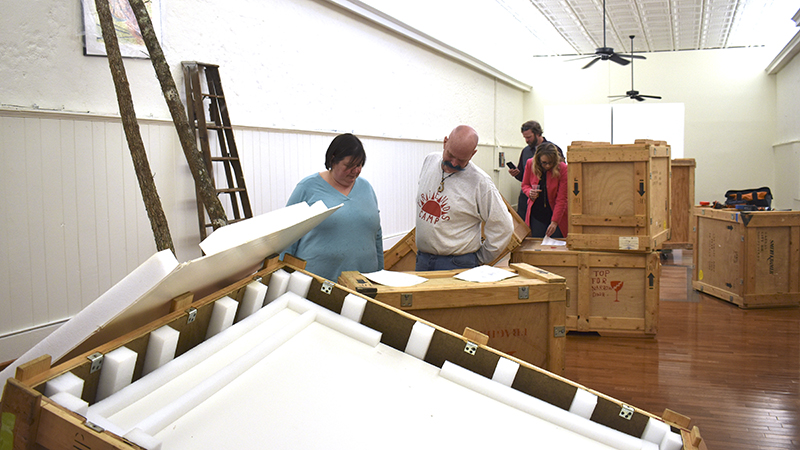 Instead of thinking inside or outside the box, Bruce Checefsky used the box for a showcase at the Cochran Gallery Friday night. The gallery debuted Unsealed and Delivered: Portrait of a Collector, which showcased crates and paintings sitting on the floor.

The show also included parts of trees along with a ladder leaning against a wall.

“I think art should be playful and experimental, and this is what it’s sort of about,” said gallery co-owner Wesley Cochran. “And there is a lot of subtlety and probably metaphors flying everywhere.”

Cochran said Checefsky is a good friend from Cleveland, Ohio, and he used the crates that were for taking pieces to and from art shows. He said the multiple crates and pictures leaning against the walls looked like his house.

“I walked in and [my friend] said ‘oh isn’t this different than everything you’ve seen?’” Michelle French said. “And I said ‘you forget who you’re talking to.’ Because I am a painter and a designer and so I travel a lot. This looks like my living room except without dog hair.”

Cochran said this was the first time the gallery has had a conceptual show.

“It’s interesting,” Cochran said. “When artists talk about how they do art, they only do 50 percent of it. The other 50 percent is completed by the viewer.”

The show was something different for some of its viewers though.

“I’m a retired lawyer, and so I don’t anything about art, but I know that this is fun and whatever the Cochran’s have is worth coming to see,” Joann York said. “They’re always different, they’re unique and he has a great appreciation for art and artists.”

Cochran said the showcase will be up until May 15.

“[The showcase is] up for everyone’s interpretation, so I’m very interested in the response from this,” Cochran said.

The Cochran Gallery is located at 4 East Lafayette Square and is open Wednesday through Saturday from 1 p.m. to 5 p.m. 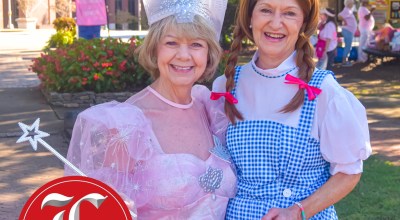 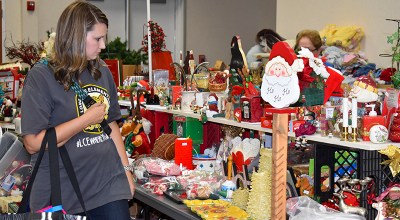