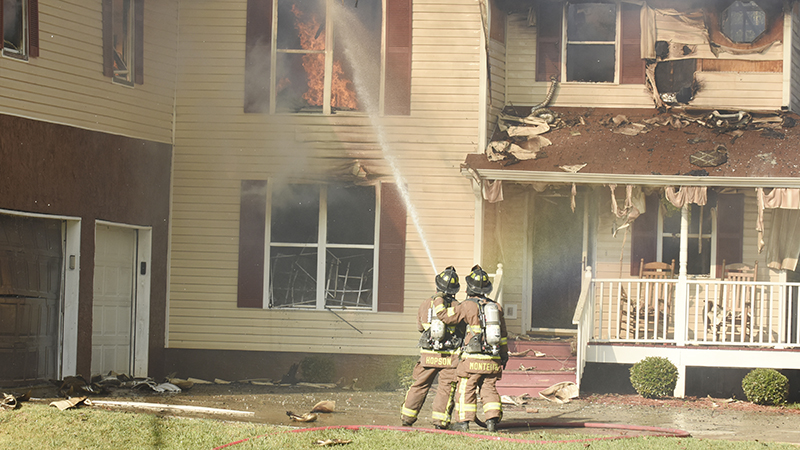 Of the 239 fires, 65 were structure fires, 185 were grass and woods, 66 were vehicle fires and 31 were classified as other, such as burning trash illegally, Knight said.

The department also responded to one explosion.

According to Knight, 50 percent of structure fires occurred between 7 a.m. and 6 p.m.

“The reason I’m concerned with that is a lot of our volunteer forces are at work [during those times],” Knight said.

The department received 105 false alarms, which was down for the year, according to Knight.

“Companies and homeowners are just doing a better job of preventing false alarms,” Knight said. “Occasionally we’ll have one location that there’s a problem with the system, and we’ll get multiple alarms for the same location. We try to work with them and encourage them to get things taken care of so those numbers are down a little bit.”

Medical rescues resulted in the largest amount of calls, according to Knight.

At the meeting, he was asked why fire trucks assist in these calls. Knight said the firefighters who go to those scenes are trained to use Narcan and are learning IV therapy.

“We do have seven trucks that are licensed as medical first responder units through the State of Georgia, and we’re continuing our plans to increase the capability of those units,” Knight said.