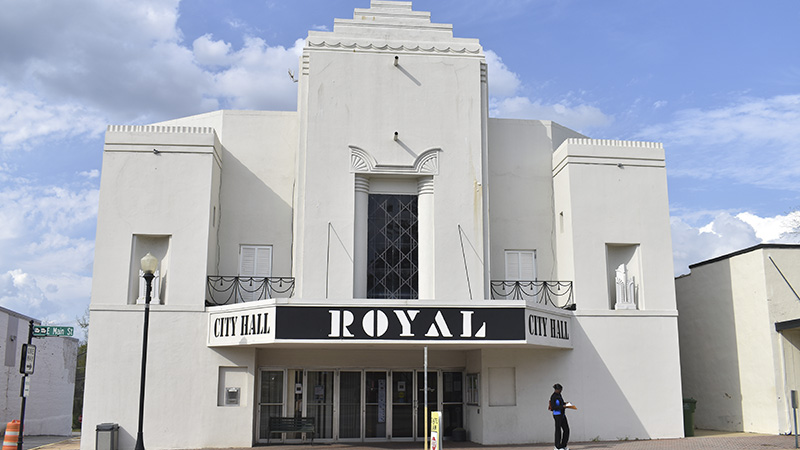 Hogansville City Hall was evacuated Tuesday afternoon after a strong burning smell came from the second floor. According to City Manager David Milliron, there was no fire, but the cause of the problem was the building’s electrical wires.

The Royal Theatre’s electricity is not to code, according to Milliron. The electric wires were installed when the city moved into the building in the 1980s. There was a neutral wire broken in one of the offices, according to city employee John Wagner.

Milliron said he was about to have a meeting with the Electric Cities of Georgia when the power in his office went out.

“We thought we could reset the surge protector, and it would come back on. It didn’t work,” Milliron said.

Milliron tried resetting the breaker box, but it wouldn’t work. He then held the meeting in the council chambers.

After the meeting, Milliron was in a discussion with a business owner when an employee told him there was strong smell of electrical smoke coming from her office. The theatre was then evacuated.

Eight employees and a business owner were in the building when it was evacuated. Milliron called 911 at 3:32 p.m. and the Troup County Fire Department cleared the scene at 4:18 p.m.

People returned to the building after it was cleared.

“Thank God this didn’t happen in the middle of the night because that could have been dangerous,” Milliron said. “We took the employees safety first and foremost and got them out of the building, and that’s what everyone should do. Let the professionals come in, call 911, let them make the assessment. Luckily, we have volunteer firefighters on staff, so they were here on site and were able to take the lead before the fire department arrived.”

Milliron said an electrician will be working at the office Wednesday morning. Milliron said there are no smoke alarms in the building, but they will be installed Wednesday.

“This is one of those reasons why this building has to be renovated. Nothing’s to code,” Milliron said.

It will be open as normal on Wednesday.

Piggly Wiggly in Hogansville is closing