Neely volunteers his time with Circles of Troup County 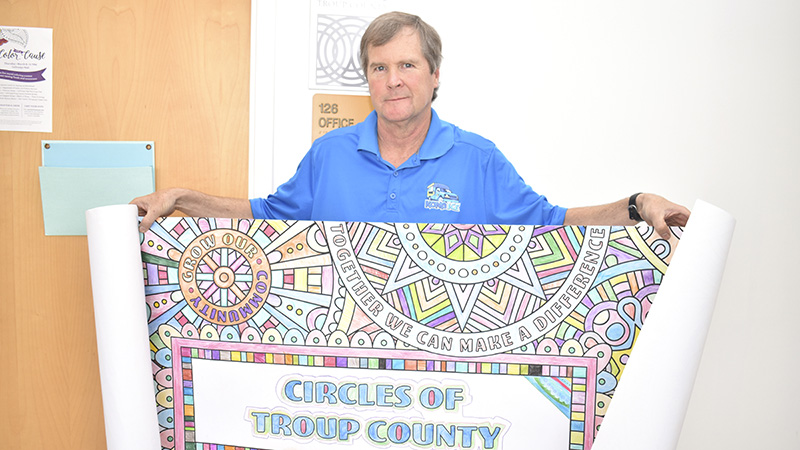 When not running operations as the owner of Kona Ice of LaGrange, Calvin Neely volunteers his Thursday evenings as an ally for Circles of Troup County. Neely said he became interested in volunteering after reading an article about the program and its participants.

“It just was really interesting reading some of the stories of some of the Circle leaders how they had taken the big step and broken the chain of the poverty cycle,” Neely said.

Circles of Troup County teaches participants how to move from poverty to self-sufficiency.

Kona Ice later hosted a party for Circles, where Neely then met with Circles Coach Holly Roberts and decided to volunteer. Neely said he started volunteering in September 2016.

As an ally, Neely is assigned to a program participant and works and talks with them weekly.

“We’re just there to be a helping hand. We’re not mentors. We’ve never been in that situation,” Neely said. “We don’t give them money, we just give them our support, our encouragement, and if we know someone who can help them whether it be a job search or budgeting or whatever it may be, that’s the role of a Circle ally.”

Neely said one of the challenges of being an ally is getting out of his comfort zone. He said sometimes the best thing is to just listen.

One of Neely’s favorite part about volunteering is hearing the success stories of participants.

Circles director Sherri Brown said she appreciates that Neely brings a man’s perspective to the meetings since most of the participants are women.

“Sometimes [he’s] the only guy,” Brown said. “And he’s reliable, solid and kind, and it matters a lot. I don’t know that he realizes how much of an effect it has on a lot of our folks. It means a lot to me, but it means a lot to the people who participate.”

Outside of work and volunteering, Neely said he likes the outdoors and West Point Lake.

“It’s been a pleasure working with Sherri and Holly, and they’ve done an outstanding job with the Circles organization,” Neely said.

Restaurants get creative with grilled cheese during first year…