City shutting down non-essential offices to pick up litter 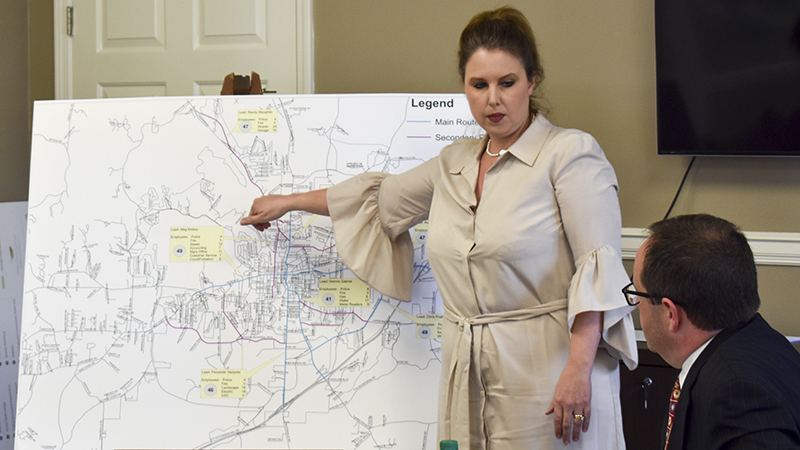 The City of LaGrange announced plans Tuesday to shut down all non-essential offices until 1 p.m. on April 20, so that city employees can pick up litter on main roads throughout the city.

Every city office — with necessary exceptions like police and fire — will close down next Friday morning, as the City of LaGrange shows just how serious it is about litter.

“I started to think about what we could do with the city, and [Councilmember Nathan] Gaskin inspired me with the idea of leaving places better than we found them with city crews,” City Manager Meg Kelsey said.

“I had an idea, and it may be a bold idea, but I think it will be impactful for the community. Next Friday, the 20th, we will shut down government operations from 8 a.m. to 1 p.m. We will hit the streets cleaning up the gateways of our city.”

Gaskin suggested that city work crews clean up litter and other debris while performing repairs at a meeting earlier this year. City employees were informed of the plan on Tuesday, and approximately 300 city employees are expected to take part in the cleanup.

Kelsey said that she hopes the city’s effort will inspire citizens.

“We want people to know why we are out there cleaning up, and encourage them not to litter in our community,” Kelsey said. “We think it is very important that we send the message throughout the city.”

The city will be providing staff with safety vests, gloves and trash bags. Staff will also receive shirts to wear at the event stating the cleanup’s goal, which is becoming a focus point for the city of “Leaving LaGrange better than we found it.” LaGrange’s Economic Technician Kelly Bush designed the shirts. City employees will be treated to lunch, music and games following the cleanup.

City offices will reopen at 1 p.m.

“I think it is a great idea,” Mayor Jim Thornton said. “I fully support it and hope the council will as well.”

Trash picked up through the cleanup will count toward Keep Troup Beautiful’s Great American Cleanup on April 21. The theme of 2018’s cleanup will be “Clean Your Block.”

“We hope this will be impactful long-term,” Kelsey said.

“We have the Great American Cleanup on Saturday the 21st, along with the second segment of The Thread, which will open that day, so that is all very exciting. Then Earth Day is Sunday, so this is a timely cleanup effort for LaGrange.”

In addition to the cleanup, the City of LaGrange is also in the process of releasing a series of educational videos to discourage littering and has created flyers explaining what can and cannot be recycled in the curbside recycling program.