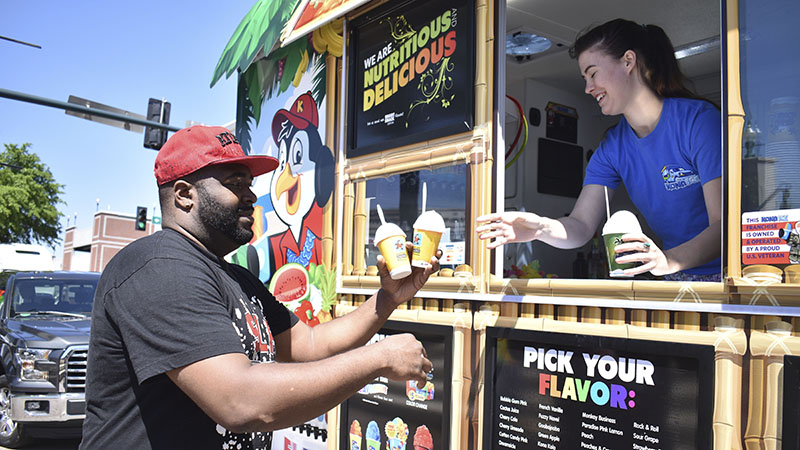 Tax day was Tuesday, and to celebrate the end of the stress of filing taxes for everyone, Kona Ice gave out free ice cones in downtown.

The Kona Ice truck was parked outside of the LaGrange-Troup County Chamber of Commerce Plaza. Rachel Crumbly said she was at the chamber when she heard the truck’s music and decided to get a cone.

“It is a fun surprise and a great way to celebrate that we made it to tax day, and hopefully everybody filed their taxes in a timely manner,” Crumbly said. “Now, hopefully we can look forward to the refunds.”

Neely said tax day is the only event where they give out free shaved ice.

Neely said Kona Ice is a fundraising company and participates in charitable events.

“We do a lot of fundraising with schools, like last year we gave back over $22,000 to local schools from our fundraisers at those schools,” Neely said.

Amanda Mallory said she was leaving First Presbyterian Montessori School with her daughters, Mattie and Mcrae when they saw the truck.

“I think that’s so nice of them, and it’s a really fun way to celebrate the day,” Mallory said.