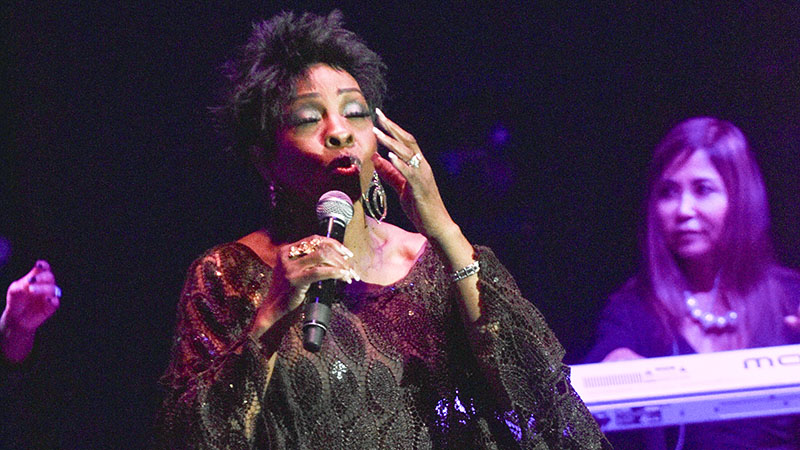 In between songs, Knight made jokes about her age and how she doesn’t understand texting.

Gregory Jackson said he has seen Gladys Knight perform before at a U.S.O. tour but wanted to attend the concert in LaGrange with his mother Hazel and wife Benita.

“Well, my mom is a fan of Gladys Knight, and me, being a retired Air Force member … and my wife, Benita Jackson, we’ve travelled around the world, and we’ve seen her in different events,” Jackson said. “… She’s seen Gladys Knight down in New Orleans, but we just want to bring her out for the evening at Sweetland, so we can enjoy the night’s events.”

Knight’s hits include “Midnight Train to Georgia” and “Neither One of Us.” Knight also performed covers of “Stay with Me” and “I Hope You Dance.”

“I came because I realized I never heard her before — she’s a legend — and to support Sweetland,” Ellison said. “We have something good in LaGrange, and we should come out and support it.”

The concert was the first to feature a free trolley service for concert goers that will be used for the rest of the summer concert series. The two trollies had stops at hotels and in downtown.

Becky Lucas said she went to the concert because her siblings would play Knight’s music, and it brought back good memories.

Black Jacket Symphony presents Tom Petty & The Heart Breakers is the next summer series concert. It will be held on May 27.