Local vendors come together for Taste of the Town 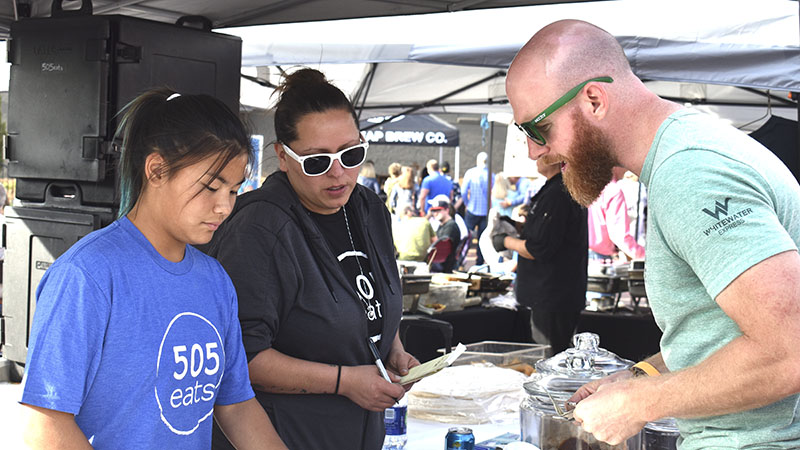 Food vendors from most of Troup County filled the Wild Leap Brew Co.’s outdoor plaza to give residents a taste of the town Saturday night. The first annual Taste of the Town was hosted by the Junior Service League of LaGrange’s provisional members.

“Each year, provisionals have a different project they do on their own,” said JSL provisional member Nicole Spivey. “And so, we wanted to bring something to LaGrange that has never been done before. Something that’s new and exciting, and something that our town really needs to bring a sense of community.”

Donations and 10 percent of the proceeds were given to Circles of Troup County, a nonprofit that teaches people how to move out of poverty and become self-sufficient. JSL member Lacey DeLong said they have already volunteered with the nonprofit and helped with their empty bowl fundraiser.

“This year, Circles of Troup County had been the organization that we have been giving back to through anything we do to raise money,” DeLong said.

Circles of Troup director Sherri Brown said the event was fun and great.

“I think everyone’s having a good time raising money for a great cause for the community,” Brown said. “I’ve had a donut and Cuban food and tofu … I hope they do it again. I don’t know if it will be [for us at Circles] again, but I think it’s a great idea.”

Jason Facey said the event was great for trying out new business, such as Your Pie, which is set to open on Bull Street in June.

The crowded event also had Wine on the Rocks, Charlie Key and B-Sides perform.

“We are super excited about the turnout,” DeLong said. “This would not have been possible without the community’s support.”

Paula and Pete Chambers had recently moved to LaGrange from Hartwell. Paula said the event was a way to know the city better.

“It gives you an opportunity to find out about the businesses in the area … we’re new, we wouldn’t have known any of it if we didn’t come,” Paula said.