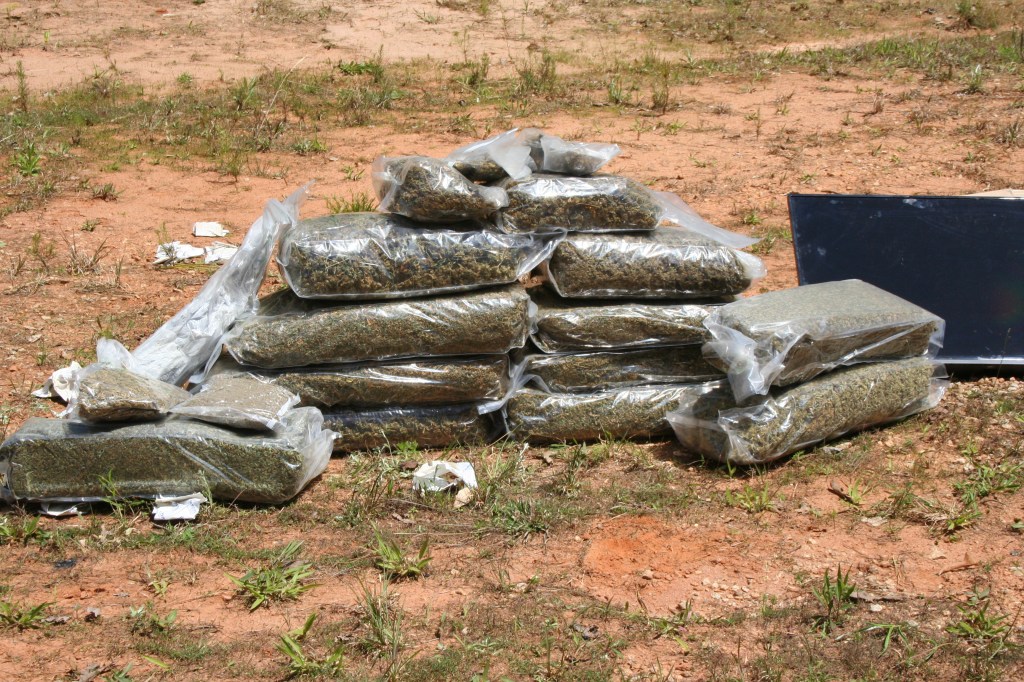 More than 100 pounds of packaged marijuana were found at a home in Heard County. -- Contributed

A Franklin man was arrested Thursday in Oklahoma, after agents with the Georgia Bureau of Investigation West Metro Regional Drug Enforcement Office located 514 marijuana plants and more than 100 pounds of packaged marijuana in a home in Heard County, according to a press release from the GBI.

Alton Brown, 50, was arrested and is currently in custody in Sequoyah County, Oklahoma pending extradition, according to the press release.

According to GBI, agents searched the home on Rockmill Road in Franklin on April 19 and found an indoor marijuana growing operation that encompassed the entire structure of the house. They also found more packaged marijuana and marijuana seeds, which were purchased from Colorado.  Firearms were also located inside the home, according to the press release.

On Thursday, Brown was arrested by Oklahoma State Patrol after a traffic stop.

According to the press release, Brown provided state patrol in Oklahoma with a false name and then fled on foot. When he was caught, troopers located more than $22,000 in his vehicle.