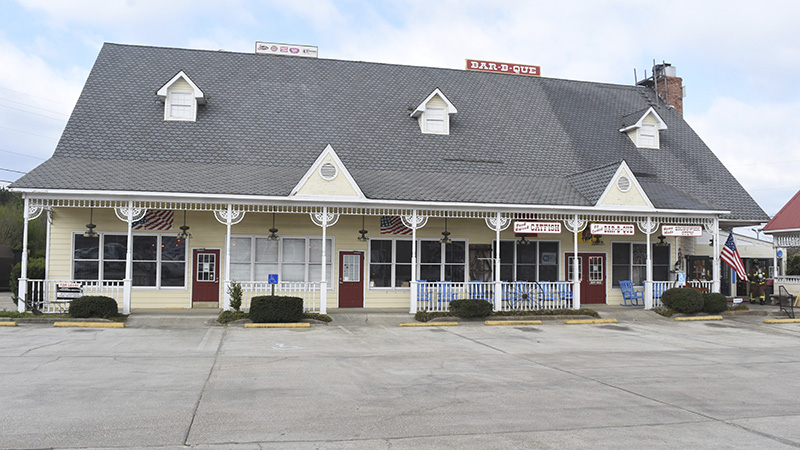 Roger’s Pit Cooked Bar-B-Que started reconstruction and renovations this week. The restaurant closed after a fire occurred in the building March 21. --File Photo

Roger’s Pit Cooked Bar-B-Que in Hogansville is remodeling its building on East Main Street after it was damaged by a fire March 21. Owner Randy Striblin said they have started demolition work and they are cleaning equipment.

“We’re on the path to getting things put back together, so we can open back up in the same location,” Striblin said.

The fire was believed to have started in the pit and moved to the building’s attic. Three employees were at the location during the time of the fire but made it out safely.

Striblin said they searched around for a possible temporary or permanent location, but the building’s owners were supportive of them staying at their location.

After the fire, Striblin bought a truck for catering and Great Southern Pub let him use its kitchen to prepare the food.

“[The Roger’s BBQ & Catfish House in LaGrange] has helped me out with some ham and stuff, so that way, I can keep those obligations and keep that business going,” Striblin said.

Striblin said he hopes the restaurant will be open again in six to eight weeks.

The restaurant will be redecorated and include some black metal in the design. Striblin said he doesn’t want to give away completely what it will look like when it reopens.

“It’s going to look a little different on the inside, but I think people will like what we’re going to do,” Striblin said. “They’ll just have to come see what we’re doing.”

He said they’re excited about reopening.

“I couldn’t go anywhere in LaGrange or Hogansville without somebody saying ‘hey when are y’all opening up, what happened? I need some catfish and my ribs all that kind of stuff. We miss y’all.’ And some people were almost mad that we aren’t already open,” Striblin said. “That’s been kind of fun or encouraging in a way that people were reaching out no matter where we were and what we were doing.”