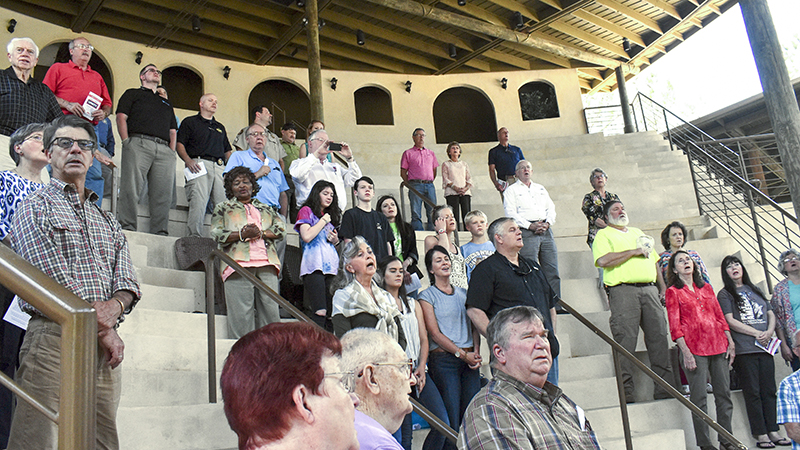 “The National Day of Prayer is a final part of our heritage since the first call to prayer in 1775 when the Continental Congress asked to pray for wisdom,” said Joseph Miller, LaGrange College Vice President for enrollment. “In forming our nation, the call to prayer has continued into our history including President Lincoln’s proclamation of a day of humiliation, fasting and prayer in 1863. In 1952, a joint resolution by Congress signed by President Truman declared a national annual day of prayer. In 1988, the law was amended and signed by President Reagan permanently setting the day as the first Thursday of every May.”

Miller said the president signs a proclamation encouraging Americans to pray on the day every year.

“The National Day of Prayer has great significance for us as the nation as it enables us to recall and to teach the way in which our founding fathers sought the wisdom of God when faced with critical decisions,” Miller said. “It stands as a call for us to humbly come before God, seeking his guidance for our leaders and his grace upon us as a people.”

Eddie Robinson performed “How Great is Our God,” and ended the service with the crowd participating in “God Bless America.”

Derrick Lewis, the Biblical History Center’s chief operating officer said they have held the service for about six years.

“We built the Roman theatre so that not only we could use it but it could be used by other entities in the area. And so, the National Day of Prayer, this was the perfect thing for them doing here,” Lewis said. “We were really honored for the opportunity, and it really brings a diverse group of people here who are able to not only experience that event as that part of the community.”

Volunteer Sondra Bowie said they hold the event at the center because it’s nondenominational.