Nobody injured, but house receives extensive damage in blaze 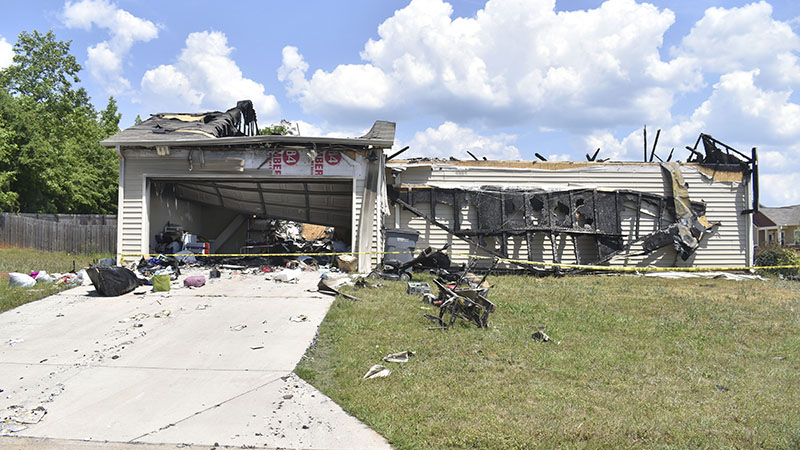 A house on North Page Street was damaged in a fire Sunday. Nobody was injured in the blaze. --Gabrielle Jansen

No injuries were reported after a house fire occurred Sunday at the 400 block of North Page Street. LaGrange firefighters received the call at 12:48 p.m., and the fire was under control by 2:05 p.m., according to a LaGrange Fire Department press release.

One of the two residents was inside the house at the time of the accident, and he safely was out of the house before the fire department arrived, according to the press release.

Neighbor Curtis Brown said he was cooking in his house when he saw smoke outside and called 911.

“[I] then went to (the other) neighbor’s house, tried to get him to come out and move his car, but he wasn’t there,” Brown said.

The fire started in the attic, and the cause of the fire is unknown, according to the press release.

The total damage was estimated to be $135,100, according to the press release.

Neighbor Vera Griggs said when she went to church on Sunday the house was fine, and when she came back it was destroyed.

“Once you lose everything, it’s just too sad … I just feel so sorry when something like this happens because it’s got all of your memories, all of your old stuff you collected over the years, and it’s not replaceable,” Griggs said. “I don’t know them, I’ve just seen them. I’m happy that neither of them were hurt, that’s the best part of all.”

The owners of the property were not at the location Wednesday afternoon.