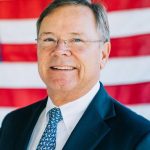 District 133 contains Troup, Harris and Muscogee counties, including the cities of West Point, part of LaGrange, part of Pine Mountain, Hamilton and part of Columbus.

Smith currently owns Vance Smith Contracting and Consulting. He served in the district 133 seat from 1993 to 2009 before taking a commissioner position with the Georgia Department of Transportation. 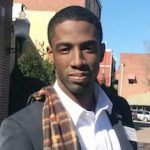 Gyening currently serves as a fire support specialist in the Georgia Army National Guard. He is currently president of the Columbus Jaycees, an organization of young professionals who participate in service.

Smith said he is seeking office again because he loves being a representative and the district has a lot to offer for businesses.

“I just think we need to be at the table when we’re looking at issues and businesses that come to the state. I just want to make sure we’re well represented,” Smith said. “I know a lot of people in Troup. I was born in Harris and I have children who live in Columbus, Muscogee and we’re there a lot too. So, it’s a great part of the state. And me being a native from there, I’d like to offer back my public service to the people in the area.”

Gyening said he had planned on running for the seat since he grew up on Whitesville Road and went to Troup High School.

Gyening said he has never held office but did help with Josh McKoon’s campaign in 2014. He is turning 28-years-old in June and said he would vote based on his conscience and what his constituents would want.

“I am really, really young and running for this office, and I get that a lot and I know that,” Gyening said. “But I think that I can represent the people of my district and give people a voice. [If I can get] younger people involved in politics and have them step up and start to become members of the community, then I think overall I would have done a decent job at being a representative.”

Smith also said he would focus on economic development and bringing in more businesses for the district.

“LaGrange and Troup County have done a great job,” Smith said. “Harris County has a fairly new industrial park and Muscogee does a great job too, but that’s something that you constantly strive to do is to bring economic development, which means that offers jobs to everyone, especially our young people graduating from high school and college.”

Smith said businesses should be attracted by the workforce availability and access to the interstate and airports.

“In the district, as a whole, I think we have a huge offering of quality of life in our area,” Smith said.

Smith said he would also want to help all businesses in the district.

“We want to make sure we still help them with those issues as well as bringing in new industry,” Smith said.

Gyening said he would also try to grow the district through economic development and education. He said a problem for the district is that there are a lot of jobs coming in, but education isn’t focused enough on blue-collar positions.

“Do not get me wrong. I do think that college teaches things that I don’t think that high school could have taught you,” Gyening said. “But it shouldn’t limit somebody’s ability to become very very successful in life if they don’t go to college.”

Gyening said he has less than a year left in the military, and, if elected, serving the constituency while being in the military would not be an obstacle.

“If it was not for the military, I do not think I would have the fortitude and run this young,” Gyening said. “My battalion commander and brigade commander are both tracking my situation with me running, as well as they’re rooting for me.”

If elected, Gyening said he would seek a possible option of obtaining inactive status earlier.