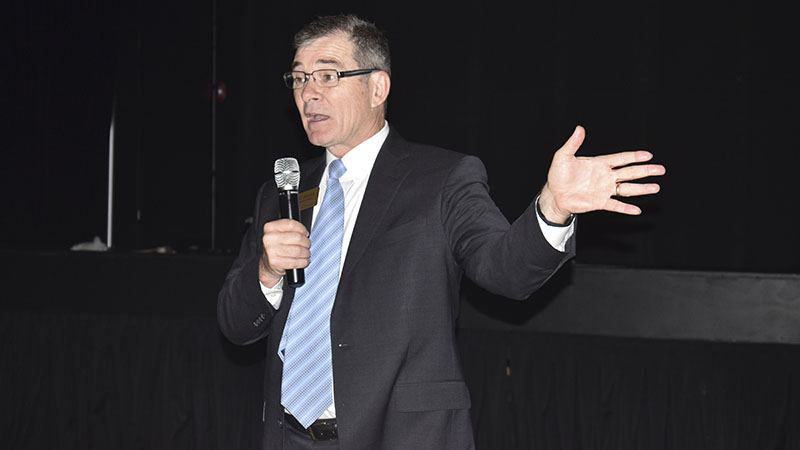 Tim Echols, vice-chairman of the Georgia Public Service Commission, talked Thursday about his work in stopping sex trafficking in the state. He spoke at a luncheon at First Baptist on the Square about the Unholy Tours that make locals aware of the trafficking in their cities.

“The GBI has undercover people in small towns all over Georgia, and they infiltrate the local community — the pool hall, the night clubs, the juke joints, and they do try to shut down operations,” Echols said.

Echols said he created the Unholy Tour in 2015, where he takes local leaders around their cities to where trafficking occurs.

“The pimps will use the girls themselves, have a baby with them and then use the baby as collateral,” Echols said.

“And they’re showing pictures because it is the pictures that grab the guys and make the appointment with the girl,” Echols said.

Echols said those trafficked are often female, minors, runaways or were in the foster care system. Traffickers can be individuals, families, gang members and those closely connected to criminal activity, according to Echols.

“In Atlanta, they’re infiltrating good neighborhoods, and they’re running what looks like a drug operation of coming and going, but they’re selling women,” Echols said.

To help prevent trafficking, Echols said men need to teach boys not to objectify women in addition to protecting girls.  Echols also talked about institutional and incognito trafficking. Columbus will be the next stop on his Unholy Tour Thursday.

The GPCS can decided fair and reasonable rates for utilities.