Vacant home on Whitesville Road burns down in fire 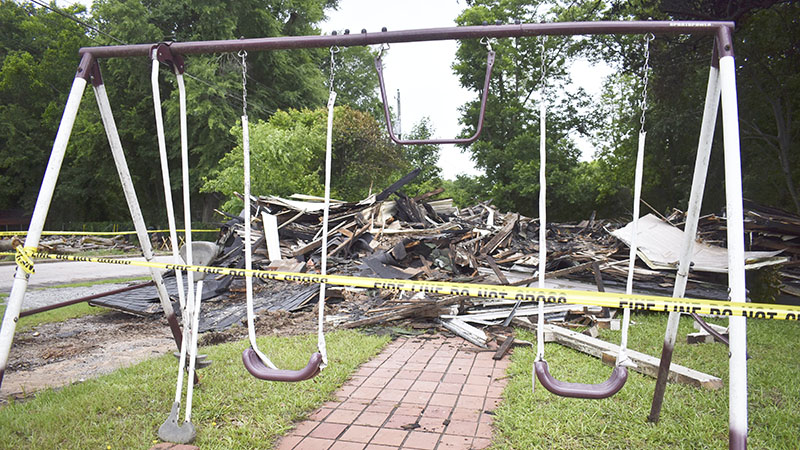 A swing set was the only thing left standing after a house fire Tuesday on Whitesville Road. --Gabrielle Jansen

No injuries were reported after the LaGrange Fire Department responded to a structure fire Tuesday morning.

The fire occurred at an unoccupied house at the 400 block of Whitesville Road, according to LFD Deputy Chief Willie Bradfield.

“The fire had been through the roof, and the roof structure had begun to collapse upon arrival of the first unit on the scene,” Bradfield said. “The structure was unoccupied. No power was through the structure.”

The fire was called in at 3:58 a.m. according to Bradfield.

Neighbor Sammie Thornton said the residents had moved from the house last month.

“The fire department woke us up at 4 o’clock this morning,” Thornton said. “They knocked on the door to let the neighbors know that the house was engulfed in flames.”

Firefighters were still responding to the fire at 9 a.m., Bradfield said.

It is unclear what time the fire was suppressed.

The cause of the fire is still under investigation, according to Bradfield.