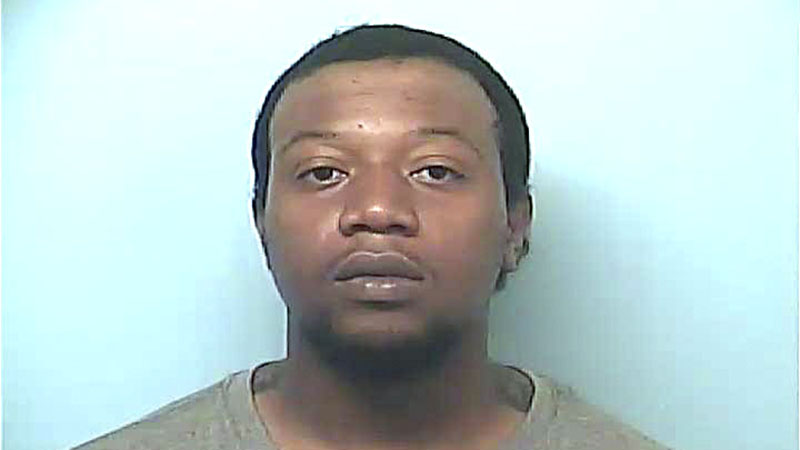 A LaGrange man had an eventful weekend, getting arrested twice in two days.

Hudarrius Davidson, 21, was arrested Friday after marijuana was found in his vehicle during a traffic stop. Davidson was arrested again Saturday — 30 hours after bonding out from his first arrest — after he allegedly reported a false crime, only for police to determine he was involved in a home burglary.

Davidson was pulled over by a trooper with Georgia State Patrol on Friday because he wasn’t wearing a seat belt.  According to the GSP report, the trooper noticed the smell of marijuana coming from the vehicle.

One day later, Davidson was arrested the next day by LaGrange Police for burglary and falsely reporting a crime. A neighbor told police that he saw two men drive to a vacant residence on the 200 block of East Crovat Street.

The man said the two men spent a few minutes behind the residence and then drove away.

According to the police report, an officer observed the water heater in the kitchen was disconnected and missing.

Around the same time, Davidson reported to 911 a robbery by snatch. He told police a man asked him for a lighter and grabbed his Smith & Wesson 9mm handgun and pointed it at him. Davidson said the man continued to yell at him and told him not to look before fleeing on foot.

According to the police report, Davidson said he waited 35 minutes to report the crime because he drove around to look for the man who took his gun.

While an officer was talking to Davidson, he was advised that other officers found his gun at the crime scene on East Crovat Street, according to the police report. Officers asked to open Davidson’s trunk, and it was saturated with water.

“It takes man power and resources away from actual crimes that are being committed,” Ellison said.

According to Troup County Jail arrest/release records, Davidson was charged Saturday with burglary-forced entry-residence and false report of a crime. His bonds from both days totaled $7,500.

Man arrested after 88.4 pounds of marijuana found in…