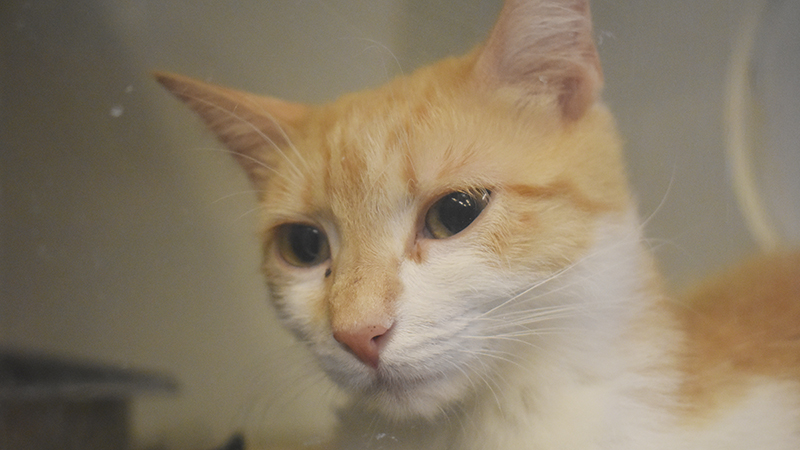 Many of the animals rescued this year through Puppy Pipeline have been kittens. --Contributed

In the first five months of 2018, the LaGrange Animal Shelter has sent 457 cats and dogs through the Puppy Pipeline — only 40 animals less than in all of 2017.

According to a City of LaGrange press release, the shelter sent 230 animals on the Puppy Pipeline Rescue of Georgia in May alone.

The Puppy Pipeline transports cats and dogs of all ages from shelters in the south to no-kill shelters in the north, where there are less animals due to stricter spay/neuter laws. Animals sent to the shelters in Wisconsin, Ohio, Michigan and Pennsylvania get adopted out between 24 and 48 hours after being placed, Puppy Pipeline Founder Mike Dougherty said in a previous interview.

LaGrange Animal Shelter Supervisor Chris Bussey said they did four or five runs with the Puppy Pipeline last month. The shelter sent close to 50 animals Wednesday on its most recent transport.

Dougherty said they have had shelters move 500 animals in a month, but they average about 300 to 320 a month.

According to the press release, most of the animals transported in May were kittens because it was “kitten season.”

Bussey said in a previous interview that the shelter sends an average of around 600 animals on the puppy pipeline annually.

The summer has more transports due to it being “kitten and puppy season.”

The shelter has partnered with Puppy Pipeline since 2007, and Bussey said the resource helps lower the shelter’s euthanasia rate.

“Our euthanasia rate is definitely lowered from this time this year versus last year,” Bussey said. “Ever since we used Puppy Pipeline starting back in late 2007, it’s always helped lower our euthanasia number knowing that we have several rescues that we can rely on that are in need of stray puppies, dogs, cats and kittens.”

Last year, 1,226 animals were euthanized at the LaGrange Animal Shelter, a decrease of 11 percent from 2016.

Beekeepers to hold annual competition at Market on Main