Shoplifting numbers up in LaGrange in 2018 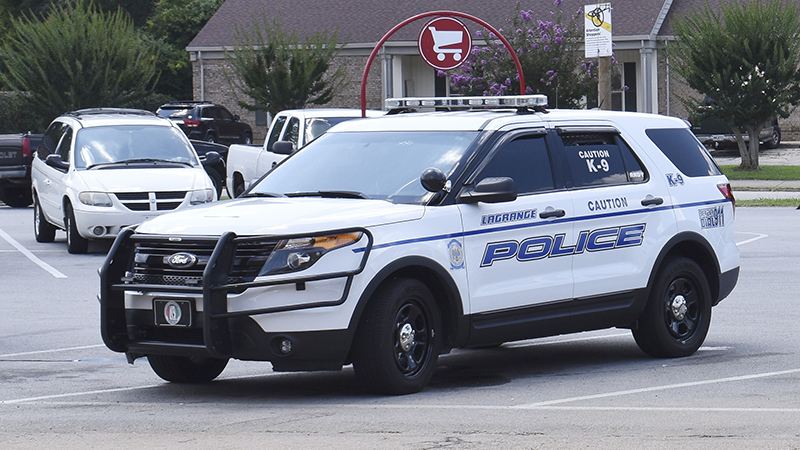 The city of LaGrange has seen an increase in reported shoplifting incidents in 2018, and the LaGrange Police Department is making an effort to deter those crimes. The LPD announced Monday it will start sending out a monthly shoplifting report.

The first of those reports was released Monday and shows that there has been a 75 percent increase in reported incidents compared to this time last year. This year 221 offenses were reported between Jan. 1 to May 31, up from 126 reported offenses that occurred in the same timeframe in 2017.

In May 2018, there was a reported 39 shoplifting cases, and 22 of them occurred at the Walmart on New Franklin Road, according to the press release. The second highest report of shoplifting was four incidents at LaGrange Mall at TJ Maxx, Dunham’s Sports and Hibbett Sports. The third most reported shoplifting incidents were three at Dollar General on Commerce Avenue.

LPD Sgt. William Nelson said Walmart is a primary retail establishment for people in the area, and there has been an increase in calls for the store.

“For 2017, Walmart represented close to 3 percent of any enforcement action type of calls that officers responded to,” Nelson said. “And that’s not necessarily a ding on Walmart because Walmart has a very active loss prevention office. They are very proactive on how they survey the location and are very enthusiastic and cooperating with us on trying to work those types of actions. They put a large emphasis on it from corporate all the way down to a local store.”

Thirty-four individuals are listed on the shoplifting report, meaning most of the cases ended with an arrest.  Nelson said the increase in overall reported shoplifting is because retail establishments are becoming more aware that people are stealing from their stores.

“They realize it’s costing them a lot of money,” Nelson said. “Many of the establishments have at the corporate level instituted policies that have the individuals working at these local retail establishments paying more attention. There’s been a lot more emphasis put on apprehending those who are involved in such offenses. Lots of different technology has come alive in the past year.”

Nelson said there are no trends in suspects who shoplift, such as age and socio-economic background, and there’s no particular time of the year where the LPD sees an increase in shoplifting calls.

“In general, when people are shopping more, such as holidays and things like that, you would think you would see a general increase in that type of crime too, but we haven’t necessarily seen anything that suggests during a particular time of year we’re seeing more often than others,” Nelson said.

Nelson said the LPD wants to remind citizens that shoplifting is not a victimless crime.

“Annually, it’s costing nearly $50 billion dollars, and what that translates it to is higher cost for any consumer who goes to any of these stores,” Nelson said. “People just need to be reminded that shoplifting is a theft, and that we want people to understand that it causes prices to go up in all venues of retail establishments.”

Litter in the lake: Local groups talk about how…