McBride’s foundation to speak at Circles 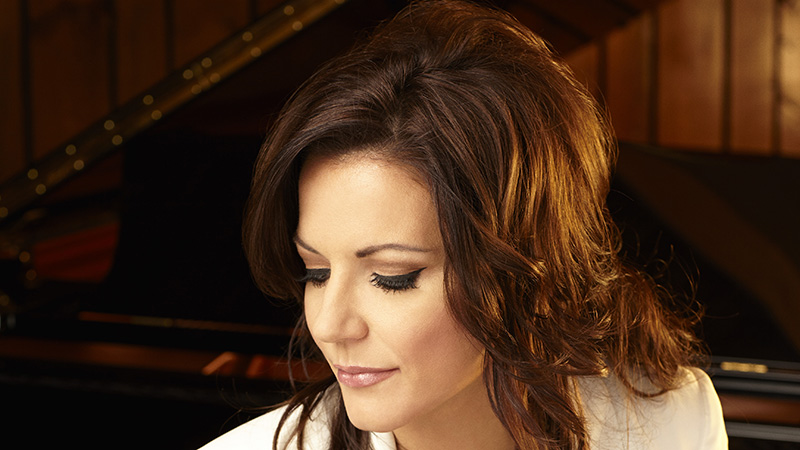 Martina McBride will perform at Sweetland Amphitheatre on June 22. --Contributed

Martina McBride’s foundation, Team Music is Love, will speak to Circles of Troup County the night before her concert at Sweetland Amphitheatre. The event is June 21 and will feature a raffle for two premium reserved seats for the concert, a meet and greet with McBride and a backstage photo with her from the foundation.

Circles of Troup County is a nonprofit that teaches people the skills to move from poverty to self-sufficiency.

“On several tour stops, we try to find a good cause to help in the town we’re in,” McBride said in an email. “When we heard that there was an organization in LaGrange that helps families move from poverty to prosperity, we were inspired by that. We wanted to do something to help them and shine a light on their work. Circles especially works to help single mothers and their children by providing them with a positive support system and by advocating for them. That’s so important.”

“They found us on the internet and contacted us, and offered to come speak to our group,” Brown said. “Talking with them, they heard what we were doing, and we’re making it a community wide event.”

Team Music is Love’s director Sheila Jones will talk at the event about how McBride’s work connects with the mission of Circles of Troup. After Jones speaks, Brown said they will talk to the audience about Circles and then hold the raffle.

Team Music is Love was created in 2011. Jones said they thought circles was a “fantastic cause” that helps women and families.

“Team Music is Love is Martina’s charity initiative that she started seven years ago, and it’s pretty nontraditional in that it’s a charity work that she takes on tour looking for good causes to help in the cities that she’s performing in,” Jones said.

Team Music is Love has even taken lyrics from McBride’s songs and created nonprofit projects, Jones said. One example was taking lyrics from “I’m Gonna Love You Through it,” and starting a breast cancer research grant at Vanderbilt University, according to Jones. McBride will not be at the event Thursday, but she does love doing charity events at the cities she’s touring, Jones said.

“She loves to visit these towns, and if we can help someone while we’re there that makes it great,” Jones said.

Tickets are $5 each and 25 for $100. The event will be held at Troup County Baptist Association at 1301 Washington Street in LaGrange, at 6:30 p.m.  Sweetland Amphitheatre will match the total raffle donation.

Tickets can be purchased at circlesoftroup.org/online-donations and cash and credit will be accepted at the event for tickets. Participants must be present to win.

McBride will perform at Sweetland Amphitheatre June 22 at 8 p.m.

Shared spaces and sharing art with the community in…