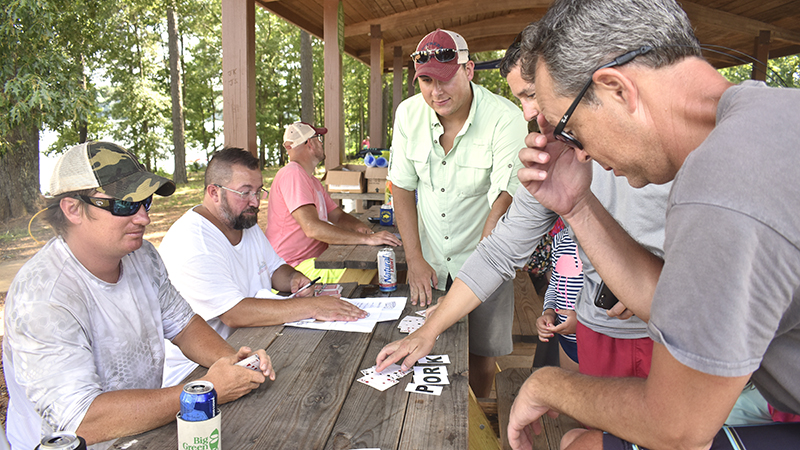 “We pay for the lights through fundraisers and grant, and through the [U.S. Army Corps of Engineers] contractor who maintains them,” said president of the West Point Lake Coalition Matt Headrick.

Event co-organizer Josh Radloff said West Point Lake has about 120 solar buoys and is the first lake in Georgia with solar lights. He said they cost about $15,000 to be maintained.

“They’re very important for safety and navigation at night,” Radloff said. “On the lake, it helps people get home.”

The U.S. Army Corps of Engineers do not pay for the buoys, Rodloff said.

“The fundraiser keeps money in the pot to keep the light buoys going, basically,” Rodloff said.

The event had about 100 participants Saturday. For the poker run, participants got on boats and went to different stops on the lake and got letters.

“When you come back here, you trade it in for a playing card and you make a poker hand out of your cards,” Radloff said. “At the end of the day whoever has the best poker hand wins $1,000.”

Radloff said they raised around $6,000 at last year’s run.

“If you like a long, lazy ride on your boat check out the great shoreline of West Point Lake, it’s a great event to do that.”

The event also included a water slide for children and food trucks.

Columbus based artist Kaleb King performed when participants returned to hand in their cards.