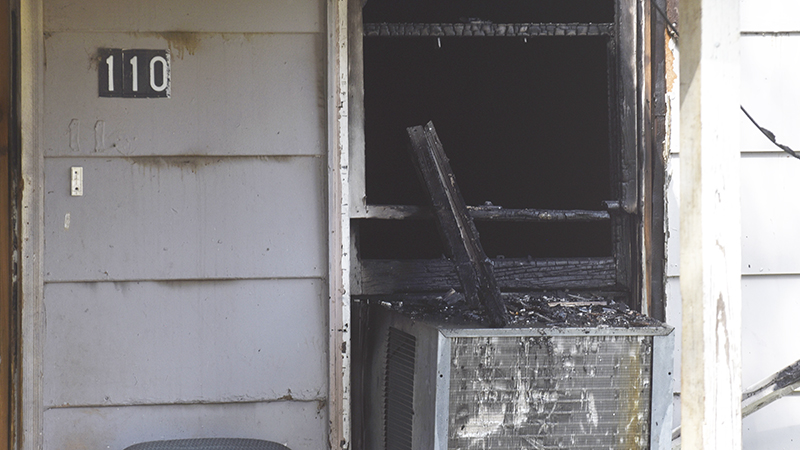 No humans were hurt, but two cats died in a fire at the 100 block of Oak Lane Tuesday afternoon. The LaGrange Fire Department responded after 4:20 p.m. and the fire was under control by approximately 4:50 p.m.

“I heard a pop, I came outside my door, and I saw fire in the house, ran down [to another house] and called 911,” Alderman said.

Alderman said a married couple and their son live at the residence. LFD Lt. Rob Vael said no one was home at the time of the fire.

“The room of origin appears to be on the outside rather than the inside. It appears to be in that (front) right corner,” Vael said.

“No one was home at the time. Our searches came up clear, however two cats were found deceased. We removed them from the house.”

Firefighters tried giving the cats oxygen but were unsuccessful.

The origin of the fire and cost of damages is currently unknown.

“Our folks did an outstanding job,” Vael said.