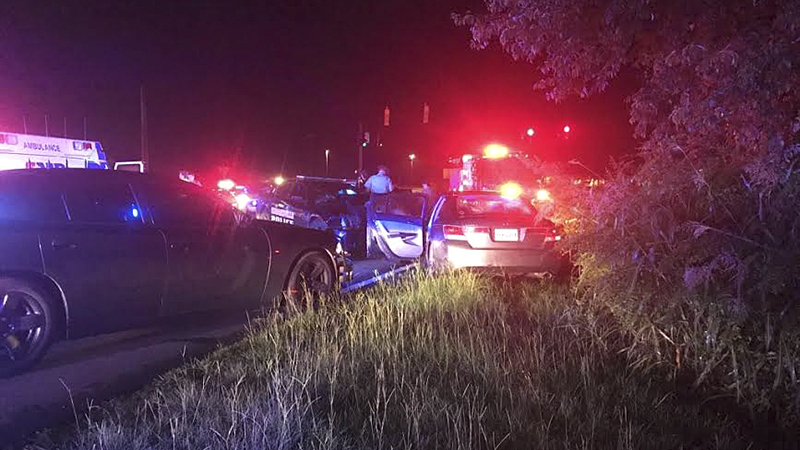 A Hogansville police officer received a concussion and minor injuries Sunday after being involved in a wreck during a police pursuit.

According to a City of Hogansville Facebook post, Grantville police were pursuing a vehicle when Hogansville Police Department officer Chris Samra was enroute to assist at Highway 54 and Bass Cross Road. The suspect’s vehicle wrecked into Samra’s police car. Samra’s head hit the in-car computer and his steering wheel was bent in the crash.

“He was transported to Columbus Medical Center by AMR,” said HPD Sgt. Jeff Sheppard. “He was checked out and treated and released with minor injuries. He had a concussion and some injuries from the airbag deployment.”

According to Grantville Police Chief Steve Whitlock, a GPD officer noticed a vehicle going 60 miles per hour in the fast lane on Interstate 85 southbound around 2 a.m. After running the car’s license plate, it came back as stolen.

Whitlock said the vehicle ran from the officer and he chased it down Highway 54. The vehicle turned right by Love’s Travel Stop on Bass Cross Road, made a U-turn and then collided with Samra’s vehicle.

Samra had some burns on his arms from the airbag deployment. He was released from the hospital Sunday morning, according to Sheppard. 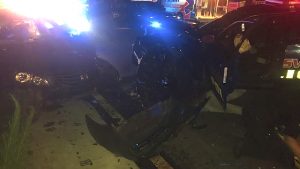 Whitlock said the driver was transported to the hospital but was released an hour later. He is now in Coweta County Jail, but has warrants from Muscogee County for kidnapping, home invasion and probation violation for aggravated assault, according to Whitlock.

The driver’s three passengers were OK and were not charged.

“I think all of the officers did a great job. I really hate what happened to Hogansville,” Whitlock said. “The officer was just doing his job, and I know he did a great job. We definitely appreciate all the help.”

Man shot in the leg on South Lee Street