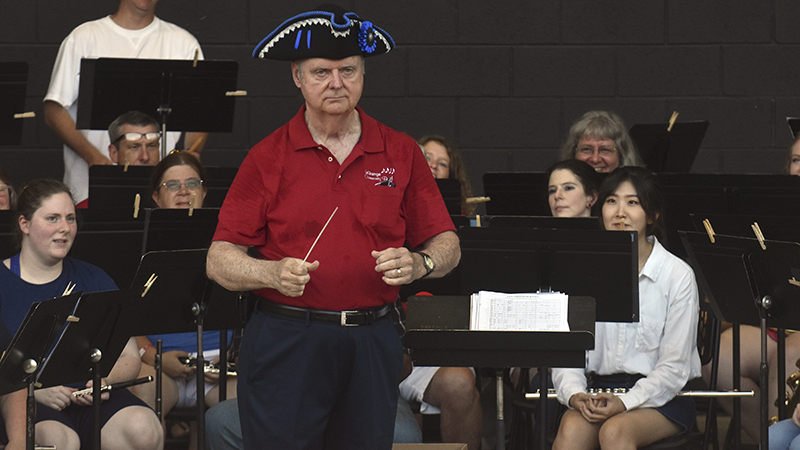 Patriotic celebration got underway Friday at Sweetland’s Red, White and Blue Fourth of July event. The event featured a local veteran meet-and-greet and an American-themed concert by a community band.

Last year, rain forced the concert and a movie screening to be cancelled. With sunny skies Friday, the 52-piece band made up of local musicians performed songs such as “Grand ole Flag” and the theme from the film “The Magnificent Seven.”

During a break at the concert, veterans were asked to stand while the audience applauded.

“We like to get them out in the community, they like to be active,” Stewart said. “A lot of our people have served in different areas, and we recognize them for their service.”

Stewart said there are a few World War II veterans living at the retirement home. WWII Navy Air Corps veteran Will Oubre and his wife Jo attended the event.

Oubre said this was the first time he’s been recognized in public in LaGrange for his service.

Coweta County Combat Veterans member Robert Haas said they reach out at Vernon Woods and try to get the veterans there together often.

“Before we did this, they did not know who were veterans who weren’t,” Haas said. “Now we’re doing things like this, and it’s good. Good for us good for them.”

After the concert, the film “Wonder Woman” was screened.