LPD has given only warnings to violators of new hands-free driving law, but that’ll change 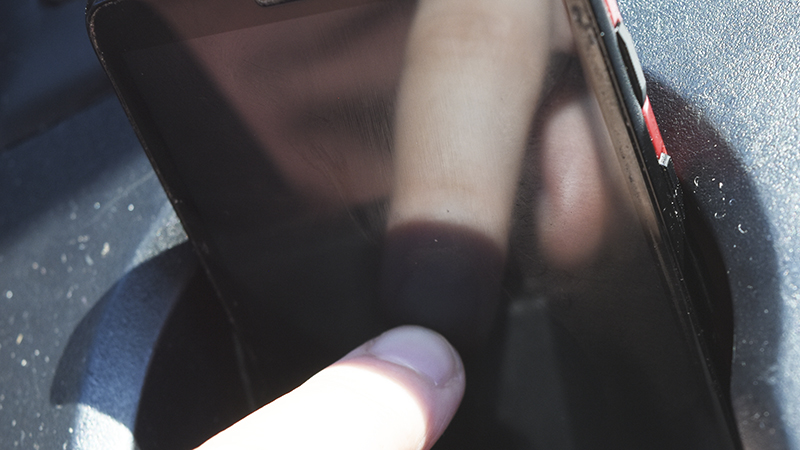 The new hands-free law went into effect on July 1. The LaGrange Police Department has written 22 warnings, but no tickets. --Daniel Evans

The LaGrange Police Department hasn’t started writing tickets to violators of the new hands-free driving law, but that’s expected to change in the next few weeks.

The law went into effect July 1, making touching a phone with any part of your body while driving illegal, except in emergency circumstances. The LPD has given out 22 warnings thus far, but zero tickets, according to LPD Lt. Mark Kostial.

“Before we ramp up our enforcement in this area, the first thing we’ve got to do is educate the public about the dangers associated with distracted driving,” Kostial said. “And then if we don’t get voluntary compliance, that’s when the officers, if they see a violation, will initiate a traffic stop.”

From Jan. 1, 2017, to July 10, 2017, the LPD made seven traffic stops for texting and driving, according to Kostial. He said the new law is easier to enforce since it has a broad definition, essentially making most interactions with a phone while driving illegal.

It is not illegal to hold a phone to report crashes, medical emergencies, criminal activity or hazardous road conditions. Phones can only be used when the driver is lawfully parked and that does not include stoplights.

“We’re not obligated to issue warnings by any [means],” Kostial said. “We’re doing that as a courtesy.”

Kostial said even now, during the warning period, a ticket may be written.

“If an officer investigates a motor vehicle collision and has determined the individual who’s at fault in the wreck was actually utilizing a cellphone or other device that’s prohibited by statute, then I would not expect to see them receive a warning,” Kostial said.

“The warning process that we currently have in place will last roughly another week to two weeks. Then, it will once again come down to the officer’s discretion and whether or not they want to issue a citation or a warning.”

Kostial said the LPD works an average of 2,500 wrecks a year, 400 with injuries and three deaths a year. In the first ten days of July this year, 55 wrecks have occurred, as compared to 66 that occurred last year in the same time period, according to Kostial.

Distracted driving isn’t the cause for all wrecks, but the new law is expected to cut down on overall crashes.

“Folks have long been accustomed to being able to legally make telephone calls, receive telephone calls or do other things with their phone while they operate with their vehicle,” Kostial said. “And really, we’ve got to get them to break that habit. The best way for them to break that habit is to get them to realize that that is inherently dangerous.”

Rosemont gives back to law enforcement