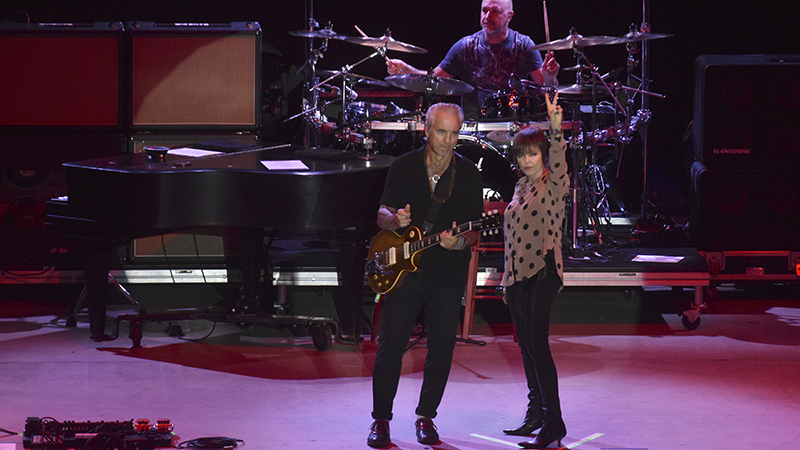 The last concert sold approximately 2,000 tickets, with a quarter of those from people outside of LaGrange, according to Sweetland Amphitheatre director Keyal Loveland. Some of the visitors included people traveling from Tampa, Florida, and Houston Texas.

“She was a huge icon, like one of the only female rockers out there in the 80s, and big fashion influence on us in high school too,” Christopher said.

After a rain storm pushed back opening the gates, the concert started on time with clear weather until Benatar and Giraldo’s encore.

“You could say we went through hail to get here,” Foster joked.

Benatar performed her songs alongside her husband, guitarist Neil Giraldo, such as “Love is a Battlefield,” “Hell is for Children” and “Hit Me with Your Best Shot.”

LaGrange resident Shannon Conners said this was her first Sweetland concert, and brought her daughter Sarah for the full experience.

“I have not seen her concert and now that she’s come here to town, we live here,” Conners said. “It’s amazing that Sweetland has actually become a venue to attract some really good artists, some really neat artists. LaGrange is definitely on the map.”

“We appreciate the support of our sponsors and partners, who make it all possible, as well as our wonderful staff and volunteers,” Loveland said. “I’m looking forward to sharing the fall schedule with everyone soon. Great things are coming to Sweetland.”