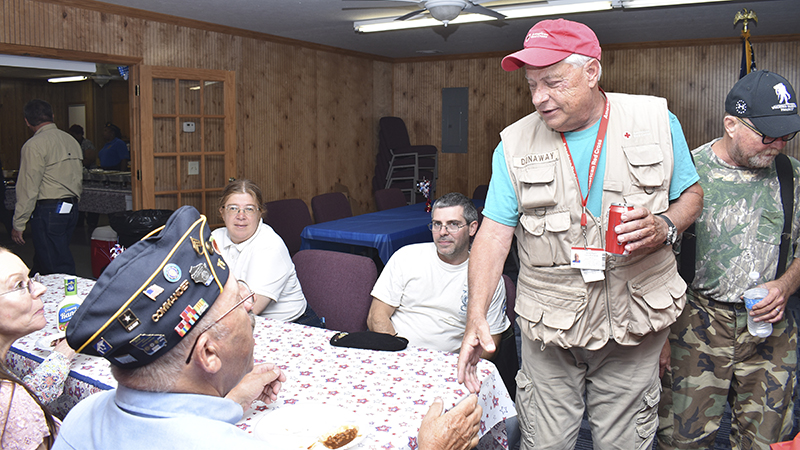 “We invited all the city and county firemen, the city police the county police and the state police. We feel that their job was as important as ours was. That’s what it’s all about,” Christman said.

First responders, veterans and members of the community interacted with each other at the event. The first responders were given hot dog and hamburger lunches.

“I’m also a member of this post so I came out to support them,” Little said.

About 10 to 15 people had trickled through the post by noon.

“It’s better than what we were going to have [for lunch], which was probably nothing,” TCSO Deputy Donald Bramblett said.

Bramblett said his son is serving in the Army and is currently overseas in Japan.

“To me, it means they back us and support us in everything that we do, and we support them,” Bramblett said.

Ferguson meets with automakers about tariffs