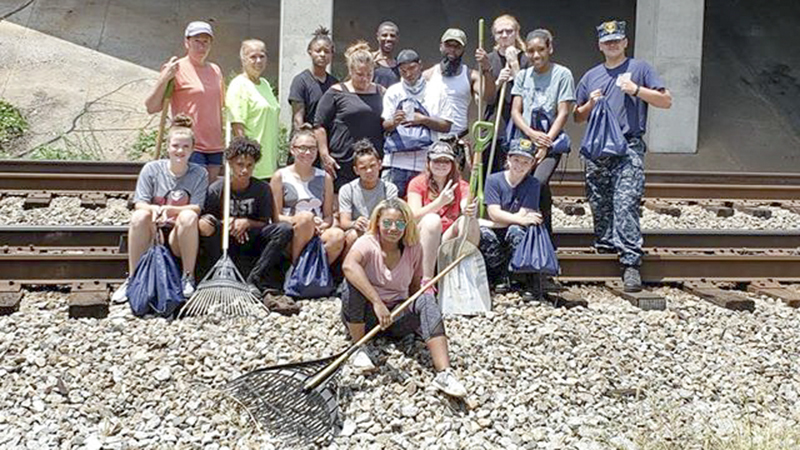 While there are many trash cleanups in LaGrange, four cadets from the Naval Sea Cadet Corps Pathfinder Squadron approached theirs a little differently. They cleaned up trash from under two bridges where homeless people live and gave them toiletries and food last weekend.

“LaGrange is an excellent place to live, but there’s some minor spots that could be cleaned up, and we have more homeless people than most realize,” said Pathfinder Squadron Petty Officer First Class Rickeyria Phillips.

The Naval Sea Cadet Corps, which operates at Heard County Middle School, started in Newnan in 2008. Its commanding officer, Ensign Christopher Houghton, said Phillips came to him with the idea of taking fellow cadets and cleaning up under the bridges of LaGrange after the program helped hand out school supplies for students at Heard Middle and High Schools.

“It was pretty inspiring from my perspective, because it was entirely cadet-driven. I had nothing to do with it,” Houghton said. “She took charge. I just gave her the authority to use the cadets to do it, and she took care of everything.”

Phillips said about 20 people, including cadets Savannah Smith, Patrick Anderson and Marie Elliot, picked up about 41 bags of trash under the bridges at Addie Street and McGhee Street and near the train depot. She said they met about 12 people and handed them cases of water in addition to the bags.

“When you better your community, you in return better yourself,” Phillips said.

Attorney of the Year: Kirby honored for work