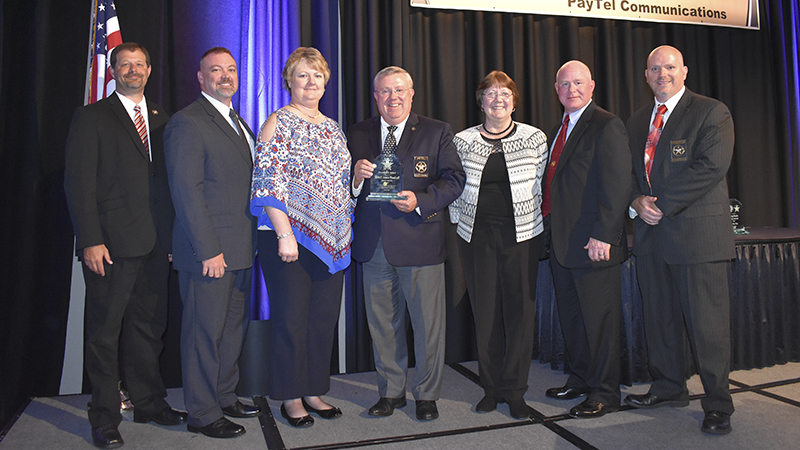 Troup County Sheriff James Woodruff received the President’s Award Monday at the Georgia Sheriffs’ Association’s Summer Conference. Woodruff was recognized for his work with the Georgia Sheriff Youth Homes, which gives children who can’t live at their homes a place to stay.

The annual car show the sheriff’s office hosted raised more than $28,000 from 2013-2016 for benefit funds for the Pineland Youth Home, according to a press release. Woodruff said they are planning to host a softball tournament later this year for the youth home.

“I have to say, without the sponsors that help sponsor these fundraisers like the car show, the hard work of each member of my staff who get out there and makes it successful, and even my family members who go out there and volunteer their time make it successful,” Woodruff said. “That’s a team effort. I was honored with the president’s award, but I give honor to those who made it possible. That’s the people I work with and my family and all those sponsors and vendors that come out and help us with these great fundraisers.”

Woodruff said some of the money they raise also gets distributed to all of the Georgia Sheriff’s Youth homes.

Woodruff said they have used money raised to buy the boys at Pineland bicycles and a used car for those with driver’s licenses to use for transportation.

“In the past, I always go out there and talk to the director, Wayne Pittman … and I say, ‘Tell me what do the kids need?’ I want to do something tangible,” Woodruff said. “This past year we stocked the lake, which allows the kids to go out and fish and enjoy that.”

Woodruff credited sponsors with making possible the addition of approximately 8,000 bream to the pond at Camp Pioneer in June 2017.

Woodruff was chosen by fellow Georgia state sheriffs for the award, and he said he was surprised and humbled for the recognition.

“The sheriffs around the state all work to make sure homes are cared for,” Woodruff said. “I was very thankful to have been chosen for the president’s award, that’s a very high award that’s given out every year.”