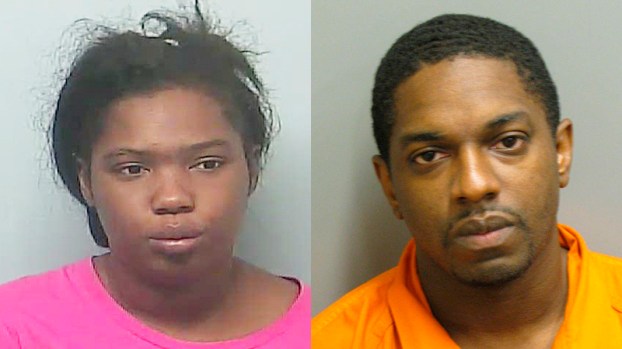 Two charged with breaking into autos

Two Alabama residents have been arrested after allegedly stealing guns and laptops from trucks on Lafayette Parkway in late July and early August. Larica Yelder, of Auburn, and Martez Williams, of Montgomery, allegedly broke truck windows and stole guns from hotel parking lots on July 20 and Aug. 5, according to LaGrange Police Department Det. Brian Brown.

Police tracked a license plate of a suspected vehicle from the July incident and found an address in Auburn, Alabama, according to Brown. After the second incident occurred, police tracked a second suspicious vehicle back to Auburn.

Brown said after searching both vehicles, they recovered several firearms and laptops.

“I personally believe they were targeting pickup trucks for the purpose of the firearms,” Brown said. “But there were laptops taken as well, and I think that was just because they were there.”

Brown said during the investigation, they discovered that Walters had also committed similar crimes at hotels in Columbus, Fairburn and College Park.

Brown said anyone who may have been the victim of one of these crimes and hasn’t contacted police should come forward.

“In this case, [Walters and Yelder] were busting out the windows, but (people should) make sure they keep their valuables secured in the trunk,” Brown said.

On Tuesday, the Troup County Board of Commissioners voted unanimously to join a class action lawsuit that would aim to... read more