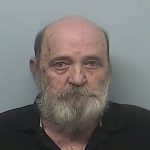 The district attorney’s office also presented evidence that Maner made advances toward his then 8-year-old sister, who is now in her 60s. Evidence was also presented that Maner inappropriately touched a 9-year-old juvenile from Florida, according to the press release.

The jury deliberated for 11 minutes, according to assistant district attorney Drew Case.

“The sentence reflects a fair verdict and the strength of the victims to come forward after this much time,” assistant district attorney Lara Myer said. “There was a lot of delay. It really shows how strong they are and how brave they are to come and face him and hold him accountable for what he did.”

“Cases of this nature are never easy,” Case said. “They’re difficult to deal with, but the victims came, they faced their accuser, and we felt justice was served in this case.”

A call to Maner’s attorney, James Strickland, was not returned Thursday.

The second of two escaped inmates has been found by the Troup County Sheriff’s Office. Thomas Christopher Cuddington, 28, was... read more