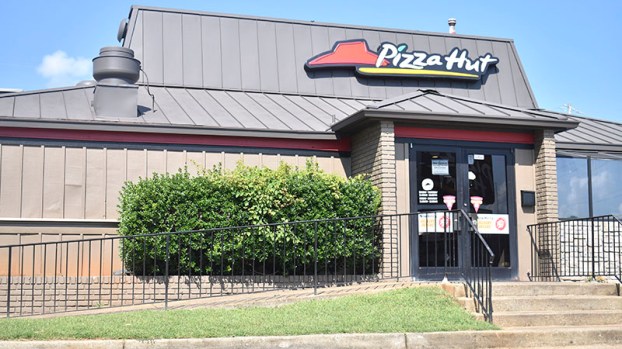 An armed robbery occurred Sunday night at the Pizza Hut on Commerce Avenue. An undisclosed amount of cash was taken. -- Gabrielle Jansen

LaGrange police are investigating after two men robbed the Pizza Hut on Commerce Avenue before 10 p.m. on Sunday, according to a press release from the LPD.

The manager told police that she was at the store’s counter when one of the men approached her from the back of the building, according to the police report. At first, she thought it was an employee attempting to play a joke on her. The manager told police that she went to turn around to continue working when the masked suspect put a gun to her back.

No injuries were reported during the incident.

The male suspects were described as African American and between the ages of 18 and 25, according to the police report.

According to LPD Lt. Dale Strickland, the incident was not related to the armed robberies that occurred on Houston Street Sunday or Commerce Avenue’s Summit Gas Station on Aug. 14. Strickland said to help prevent robberies, businesses should make sure the building is secured, and they have surveillance cameras.

“If you do have surveillance cameras, make sure that you check the cameras before you exit the building to go home, and if there is a concern always call police to check any suspicious people out who may be [present],” Strickland said.

Pizza Hut’s regional manager said he could not comment on the incident Monday. The LaGrange Daily News was referred to Pizza Hut’s hotline and a phone call was not returned.

They wore masks, capes and came prepared to run Saturday morning, but the superheroes at LaGrange Academy may have made... read more