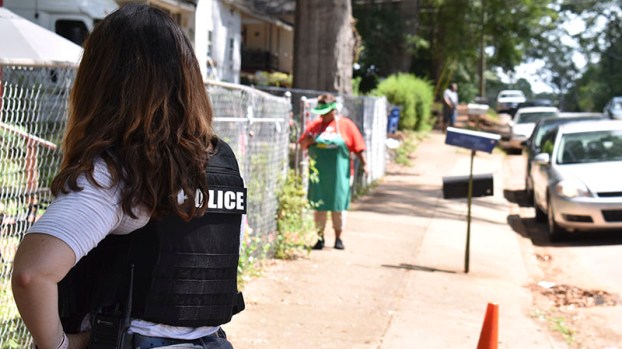 Juvenile shot in the leg on Brownwood Avenue

LaGrange police are investigating after a 16-year-old juvenile was shot in the leg Friday afternoon at the 1700 block of Brownwood Avenue. According to LaGrange Police Department Det. J. Lawson, the juvenile was treated for his injury at WellStar West Georgia Medical Center.

According to Lawson, the LPD believes the juvenile shot himself. Lawson said they do not know how he got the gun.

“He was messing with a gun he said he found, and he fired and struck himself in the leg,” said Lt. Dale Strickland with the LaGrange Police Department.

Check back for more updates.

The annual Georgia Governor’s Tourism Conference is heading to LaGrange. The conference will be held at Great Wolf Lodge Georgia,... read more