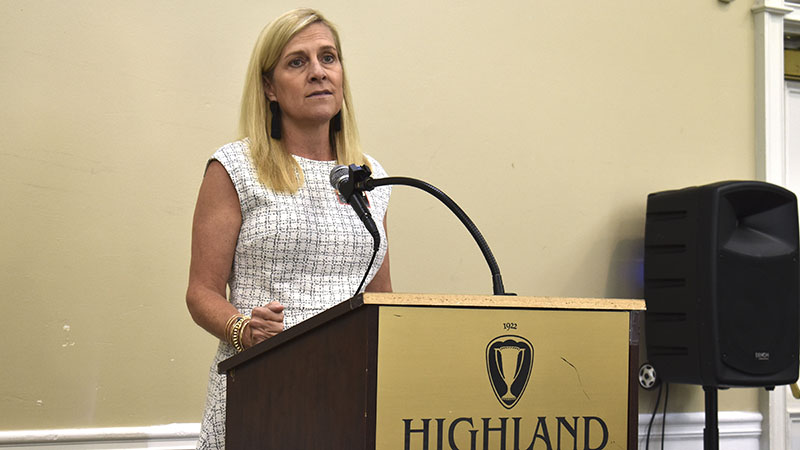 Kemp, a Republican, and Stacey Abrams, the Democratic nominee, have less than two months left before November’s general election.  Brian Kemp, the current Secretary of State of Georgia, was not at Tuesday’s lunch, but his wife challenged the audience to get four people they know to vote.

“If all of y’all go out there and challenge four people, I think it will be done,” Kemp said.

Kemp said she and her husband are visiting every county. Kemp also encouraged everyone in attendance to volunteer, whether that meant making signs or phone calls.

“We will visit every county, see every group, every neighborhood, anywhere y’all want us to go and see individuals,” Kemp said. “Our biggest thing is to get the vote out. We’ve got to get everybody out and all the way down the ticket. We’ve got to start from the top and go all the way down. Don’t forget about the smaller races because every race is just critical right now.”