Answering the call to serve 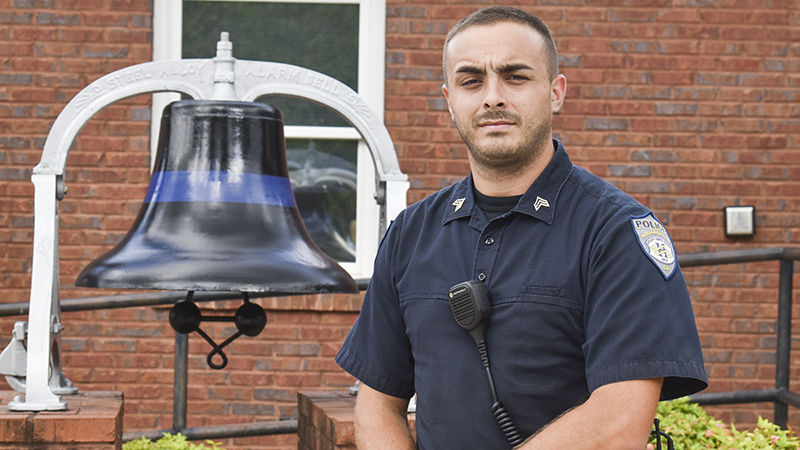 Former Hogansville Police Department Sgt. Ryan Loubet resigned from his eight-year position following an internal investigation stating he discussed an ongoing investigation with the public. Loubet denied these allegations but has yet declined to return to the department.

Hogansville Police Department Sgt. Ryan Loubet said he always wanted to make a bigger impact serving in a smaller community, such as the city of Hogansville. Loubet was given that chance when a dog approached him in December of 2017, and it led him to discovering the animal’s injured owner who needed medical help.

Loubet was honored in March by the American Red Cross as a hometown hero for his actions, but he believes other first responders make similar choices every day.

“It’s not like that’s an isolated incident,” Loubet said. “It happens a lot more than it gets recognized, so there are a lot more people out here that work in law enforcement and firefighters and stuff in this county who do the same — if not more things that are more important than what I did. Luckily, there was a woman who needed help, and I helped her because of the dog, but if it wouldn’t have been noticed by the right people it never would’ve went further. There are incidents like that that happen all the time and people go unnoticed.”

Originally from Heard County, Loubet worked at the Heard County Sheriff’s Office for two years and the Grantville Police Department for a year. He joined the HPD in 2014.

“I learned I liked to help people, so it was either this, firefighter or something with public safety. I ended up getting in law enforcement,” Loubet said. “It’s easier to make an impact in a small community than it is in a large community like Atlanta or Newnan. One person can’t do as much in such big places.”

Loubet said the HPD staffs less than 20 people, and because of the small population of 3,000 people in Hogansville, it gives him a more community-oriented position.

Loubet said one of the challenges of working in a small town is that you can get a reputation easily since word travels fast.

“Some people base their opinions on you before they get a chance to know you,” Loubet said.

Loubet said his favorite thing about Hogansville is its citizens.

As a sergeant in Hogansville, Loubet is over three people in patrol.

“The workload is about the same, but we have to do more,” Loubet said. “As a sergeant, you’ve got to do more paperwork. You have to do more formalities and you have more responsibilities because the actions that your subordinates make inevitably fall back on you.”