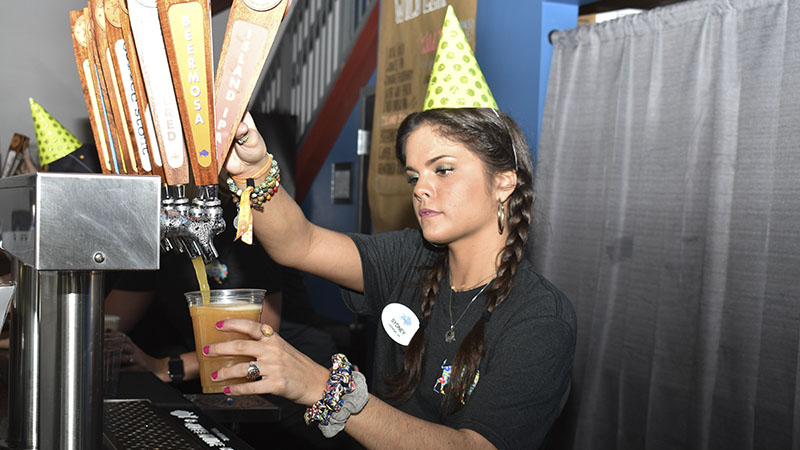 Co-owner Rob Goldstein said running the brewery the last year has been “a little bit of a blur.”

“It’s hard to believe that we’ve been open a year,” Goldstein said. “We’re all talking about it the other day and remembering it so vividly when this place was just an empty building, and we were taking pictures of it hoping that this would happen.”

LaGrange native John Roberts said having the brewery in LaGrange has brought in people from around the state.

“They have live music, they support the community, they have parties here for everybody, they invite everybody for the community to come in and have a good time,” Roberts said. “I have friends from Atlanta who know Wild Leap, and they love Wild Leap. They come down just for the beer.”

Goldstein said the community’s response to the brewery was incredible in the last year, and they wanted to host charitable events to give back.

“We were overwhelmed really from the outset of the goodwill that everybody has shown and, in turn, it was really important to us to give back,” Goldstein said. “We all took the quote unquote wild leap to be here, and we’re all in. We live here and work here, and this is truly a community we’re grateful to be a part of.”

Goldstein said they are planning bigger events and charitable initiatives for the next year.

“We’re just thrilled that the community came out to support this and all of the local vendors and organizations,” Goldstein said. “I can’t believe it’s been a year.”