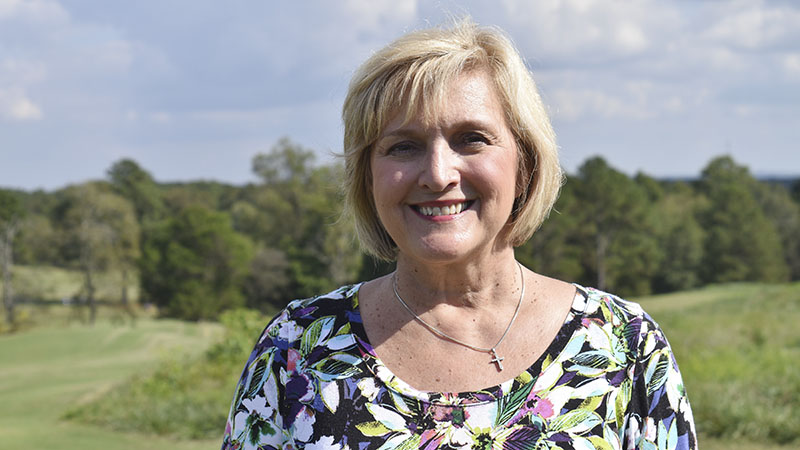 LaGrange native Renae Willis was diagnosed with stage zero ductal carcinoma in situ breast cancer in 2016. As of 2017, her cancer is in remission. (Gabrielle Jansen | Daily News)

*** Editor’s note: This is the first part in a series of stories.

Even though she was diagnosed with breast cancer in 2016, LaGrange native Renae Willis focused her time on other family members — her mother, Nadine Abbott, had just discovered a lump herself, and her sister, Lou Ann Hooker, died from uterine cancer not long after.

After being diagnosed with stage zero ductal carcinoma in situ breast cancer in 2016, Willis said she considers herself lucky compared to other breast cancer survivors.

“I consider myself very lucky because I had to do 33 rounds of radiation treatments and I never had to do chemotherapy,” Willis said. “I haven’t talked about my experience with it because I have known people much younger than me who had much more serious bouts of breast cancer. So, I really felt like I was just so lucky that I did not have to go through the amount of treatment that they had to do. I think I was concentrating a good bit on my sister’s illness, which was so much more serious, and, again, mine was nothing compared to hers.”

Abbott was living in Arkansas when she was diagnosed.

Willis said she had confidence in her doctors and her treatment, and that was how she dealt with her own cancer. Willis said support from her family, friends and co-workers was also helpful.

Willis said she was diagnosed with stage zero breast cancer after getting her routine mammogram. After dealing with her sister’s illness and switching jobs, she realized she hadn’t gotten her yearly mammogram.

“I made an appointment,” Willis said. “When I went to have my mammogram done, just a routine, they asked me how long it had been. I said ‘I think it’s been about a year and a half,’ and they looked at my records, and they said, ‘No it’s been three years.’”

Willis said the doctors saw some suspicious signs on the mammogram and they we’re going to do further testing, but she wasn’t worried since doctors had said that to her before. After a biopsy, Willis was diagnosed with non-invasive stage zero breast cancer.

Willis had been in remission since last year and said her cancer has almost no chance of coming back.

Willis said she doesn’t know if she or anyone in her family has a BRCA gene mutation since they never got tested for it. She said while her paternal grandmother died of breast cancer, she never worried about the possibility of also getting the disease.

Willis said her sister was diagnosed with lynch syndrome, which gives predisposition to certain cancers. Willis tested negative for it.

Willis was the master of ceremonies at Paint the Town Pink and H.O.P.E. for a Day last weekend, and she said it was her first time attending as a survivor.

“[Walking through the survivor tunnel] was pretty emotional,” Willis said. “Again, I just felt so fortunate, so blessed, so grateful, so lucky because I know not everyone is as lucky.”

Willis is the LaGrange-Troup County Chamber of Commerce’s vice president of business development. Willis said after being diagnosed and treated for breast cancer, she now views life a little differently and tries for a better work and life balance. Willis said she spends more time with her family and friends and wants to travel more with her new outlook on life.

Willis’ advice for others diagnosed with stage zero or stage one breast cancer is to learn all they can about their disease and for all women to be their own advocates.

“They need to be their own advocates because two of the young women I know who were diagnosed, were diagnosed in their 20s,” Willis said. “[Doctors] don’t usually want to do mammograms before then, but they felt like there was something suspicious. They insisted on getting mammograms and, luckily, they did. I think women have to trust their instincts about their own bodies and make sure the doctors hear what they’re saying and follow through with that.”

Willis also said to not be afraid to seek out support and joining support groups.

“Lean on your family and friends, do a lot of praying and just know that you’ll come out on the other side a much healthier person,” Willis said.