Rescue after the storm: Local animal shelter takes in dogs from Albany Humane 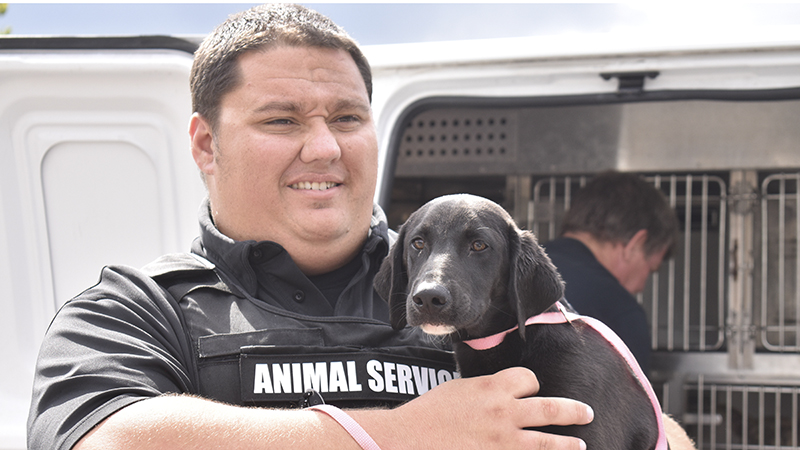 LaGrange Animal Shelter supervisor Chris Bussey was on a cruise last week when he received a call asking whether the LaGrange shelter could take in animals impacted by Hurricane Michael.

Bussey, who was unplugged during his vacation, was unaware a hurricane was about to impact Florida and Georgia, and scrambled to make sure the animal shelter could help anyone that came calling.

“It was an interesting call to have in Puerto Rico and then trying to figure out what we could do,” Bussey said.

The Albany Humane Society sent 10 dogs to LaGrange Monday because its shelter was damaged in the storm and is currently operating on generators.

This is the second time this year that the LaGrange Animal Shelter took in pets from another humane society. The shelter took in about 70 cats and dogs from the Hilton Head Humane Society in September before Hurricane Florence arrived in South Carolina. Bussey said they have about three dogs and five cats from Hilton Head still at the shelter.

“We are an open admission shelter. We’ve taken in almost 3,000 animals year to date,” Bussey said. “It goes a long way knowing if you know somebody who needs help to help them because you never know when we might be affected by a tornado or something happen here where we might need help. Just knowing we helped them, we hope they could return the favor.”

The LaGrange Animal Shelter partners with the Puppy Pipeline Rescue of Georgia, which sends animals from southern shelters to northern ones that are less populated due to strict neutering laws. Bussey said the shelter will be sending another transport of animals on the Puppy Pipeline to Ohio this week, and some of these dogs may be included.

“[Albany Humane Society] sent us a roster of all the animals they had for adoption,” Bussey said. “I think it was close to 70 dogs, three cats and one pig. We only had room right now for 10.”