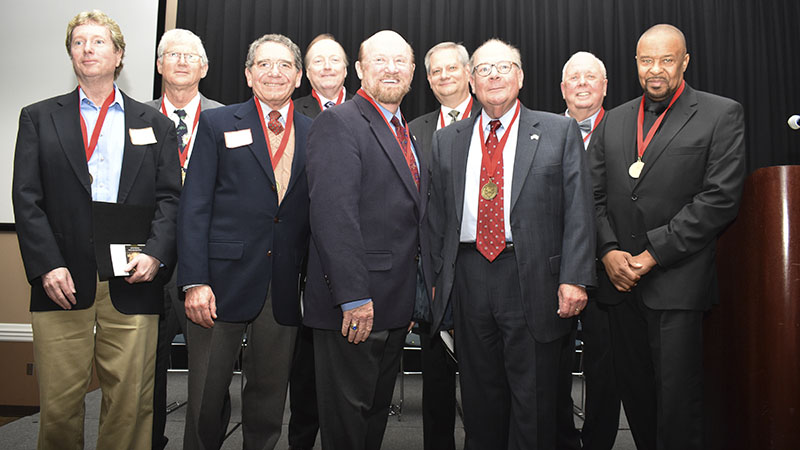 Fox News host Sean Hannity made an appearance at the 12th annual Georgia Radio Hall of Fame awards ceremony, which was held Saturday at Callaway Conference Center. The Georgia Radio Museum and Hall of Fame moved from St. Marys to LaGrange this year, and CEO John Long said this was the first year the awards were hosted in LaGrange.

Hannity said he worked for Seidel at WSGT in the 1990s and came back to Georgia to thank him for taking a chance on him early in his career.

“[Seidel] made me reach deeper,” Hannity said. “He was a mentor and a friend. I love you with all of my heart because I’m not here today but for you taking a chance on a kid who only had two professional radio years of experience from Huntsville, Alabama.” 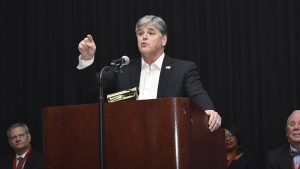 Hannity congratulated all of the inductees at the awards.

“To all of you, I applaud you tonight you all deserve the great honor you got,” Hannity said. “All of you here, I’ve got to tell you it’s a great homecoming. It really is an honor to be among my radio hosts.”

Winter said before he was a professional voice talent, he had worked in radio in Georgia including 96 Rock Atlanta.

“Radio captivated a young boy who was born in Brooklyn New York and gave him a dream,” Winter said.

Georgia Radio Hall of Fame member and presenter Al Haynes described being named to the hall as “priceless.”

“This is worth more than $1 million dollars, and someone’s going to get it tonight,” Haynes said.

Wilson created the television “WKRP in Cincinnati,” and his widow Charters Smith told the audience he based the characters off of coworkers from Atlanta station WQXI.

“He learned about and really loved the people who he met there. As a result, three of the characters in WKRP were based on the people at WQXI,” Smith said.

Smith said Wilson loved talking to radio people who would say the characters from the show were just like them.

This year’s founders and directors award recipients were O’Neill Williams and Walter Reeves.

“I’ve devoted about 12 years of my life to this,” Long said. “My whole family works in putting (the awards)on.”