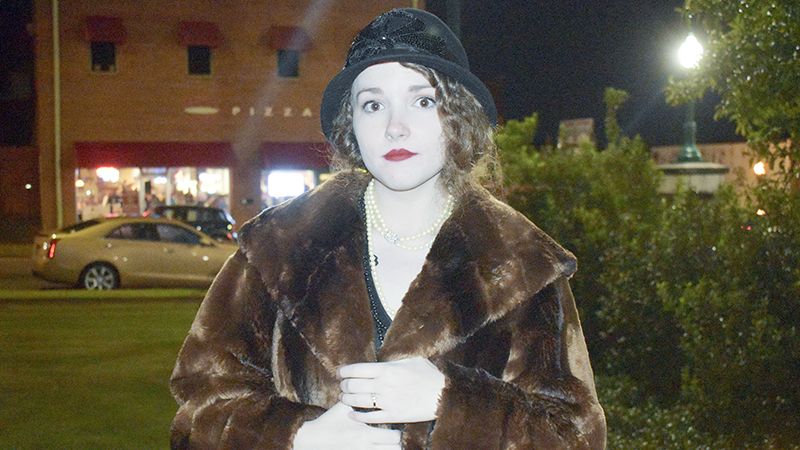 LaGrange residents met ghosts of the past at the Troup County Historical Society’s annual walking tours during the weekend. The tours were held last Thursday through Saturday, and participants got to meet local 1920s historical figures such as Charlie Joseph and Hatton Lovejoy.

“Just from being a part of it, it’s really exciting, and it’s an exciting way to have people experience history,” said Joe Thompson, president of the Troup County Historical Society. “It gives it another way to bring [history] to life because the stories that they’re telling are from our history, and they’re pretty exciting. Some are heroes and some happen to be at the wrong place at the wrong time. It’s kind of hard to win against a train.”

Fisher Brawner portrayed Robert Stitt, a young man who was hit by a train on June 21, 1920, in Troup County. Stitt was 21 at the time of his death, and his body is buried at Hillview Cemetery.

“You see, there were over 253,000 miles of railroad track in this country. See, I just happened to be on the wrong set that day,” Brawner said while portraying Stitt. “See, I sat down and got lost in thought, not very smart of me. See, by the time I saw her there she was, the [Atlanta and West Point] No. 32 headed northbound straight toward me. By the time I saw her, it was too late.”

The tour also included the history of buildings. Standing outside an old bank building on Main Street, the ghost of Sarah Morgan Wilcox recounted how her uncle Robert Render embezzled money from the First National Bank of LaGrange and was never found after disappearing from the city.

“Render became a cashier at the bank in 1906, and he quickly succeeded his father as president of the bank,” said Sarah McDonald as Wilcox. “He was quite the civic man even serving on the city council for a while, but suddenly in early February of 1927 the state bank examiner showed up at the Bank of LaGrange to investigate the books. Rumor spread throughout town and in a matter of days the bank was in trouble.”

“I just finished my shift in the mill room when I saw Mr. Lewis Hines, who was taking photographs of our mill,” said Hardy Johnson, who portrayed a child laborer. “I looked right at Mr. Hines camera and smiled when he asked to take my photograph. Have you seen it?”

The tour ended at the archives where a fake séance was held, showing how the phoney psychics would pretend to contact the dead in the 1920s.

“This whole area is very old, so there is a great deal of rich history for this area,” said Theresa Morgan, a member of the Troup County Historical Society. “We got all kinds of fire for doing this for years to come because we can go back a long way and get stuff that will make for good listening, touring and finding out a lot of things about this whole area that go back to the 1700s.” 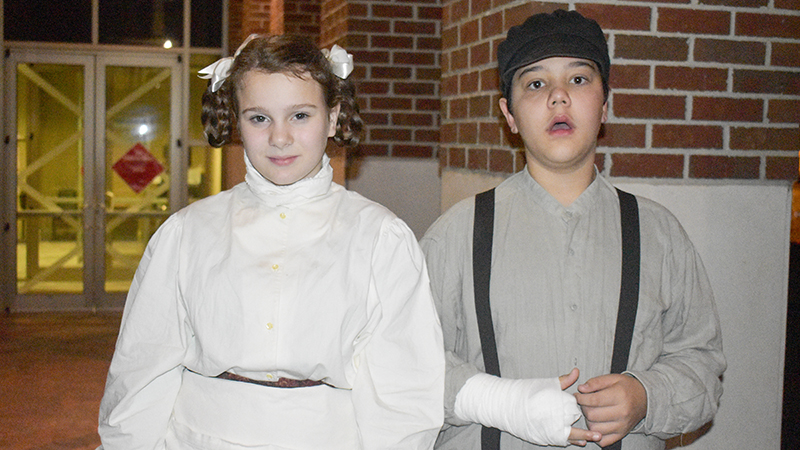