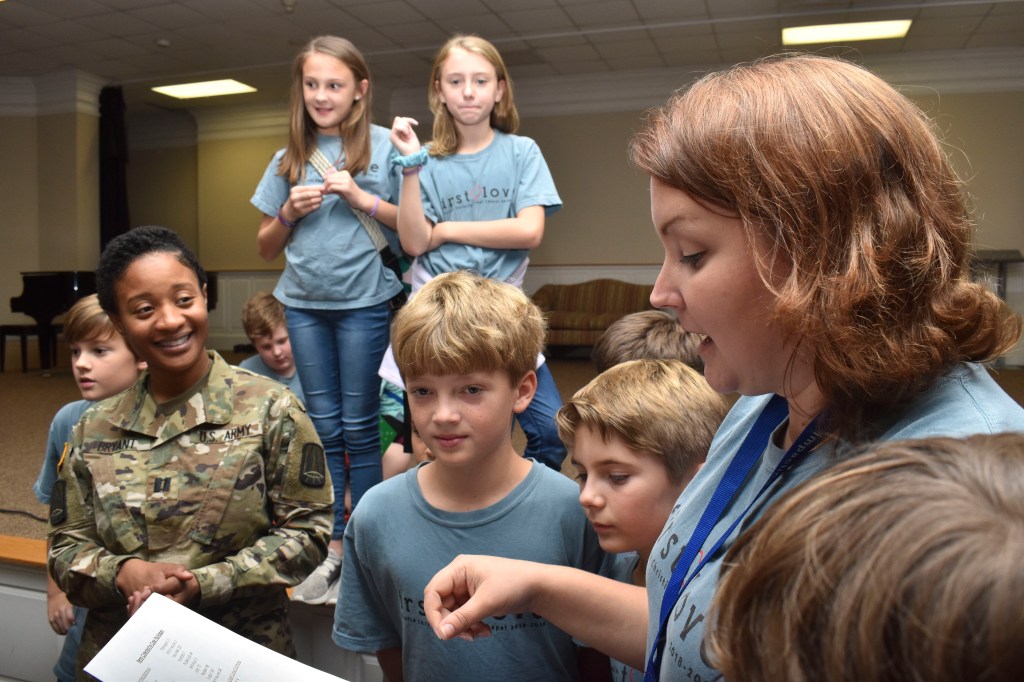 As part of Lafayette Christian School’s community work week, the fifth-grade class donated items for care packages to the U.S. Army. The students gave more than 90 cards, over hundreds of foods, multiple office supplies and toiletries to army personnel at the school Wednesday.

“We wanted to take a minute and really appreciate our soldiers who are fighting for our freedoms, especially with everything going on in the world right now,” Denney said. “Last year, we started with Operation Gratitude, which is a wonderful thing that dentists’ partner with the organization, Operation Gratitude, and take left over Halloween candy. Kids can donate the candy to the soldiers, and I wanted to do more.”

Denney said the students and their family and friends helped donate all the items and make multiple cards.

Fifth grader Carly Anne Knight said she made five cards for the soldiers.

“One (card) had stars on it, and two of them were American flags and one of them just had stripes on them,” Knight said.

Fifth grader Ella Kate Firth said they wanted the soldiers to know that they are loved.

“Today, we’ve been working on cards for the people in the military and the army,” Firth said. “We have been packing boxes with food and supplies for them, so they will have some sweets in there and cards to make them feel like they are loved. They will know that we are praying for them.”

Denney said this is the first time her class has given to the military. She said some students also left she school’s address in their cards so the soldiers who receive them could write back.

“Next year I want to add to it,” Denney said. “Operation Gratitude does a lot of things. I want to teach the kids (how to make) paracord bracelets.”

U.S. Army Capts. Maurice Bonner, Jamika Bryant and Sgt. First Class Lacey Howard traveled from East Point Georgia to receive the packages. They also answered students’ questions on serving in the military and what countries in the middle east are like.

“This really connects with our learning as well, but really they’re interested to see that life is different outside the United States.” Denney said.

The students were also shown an Army Humvee and got the chance to sit in the vehicle and try on some gear.