Giving away turkeys: Poole, Cricket Wireless partner to give back for Thanksgiving 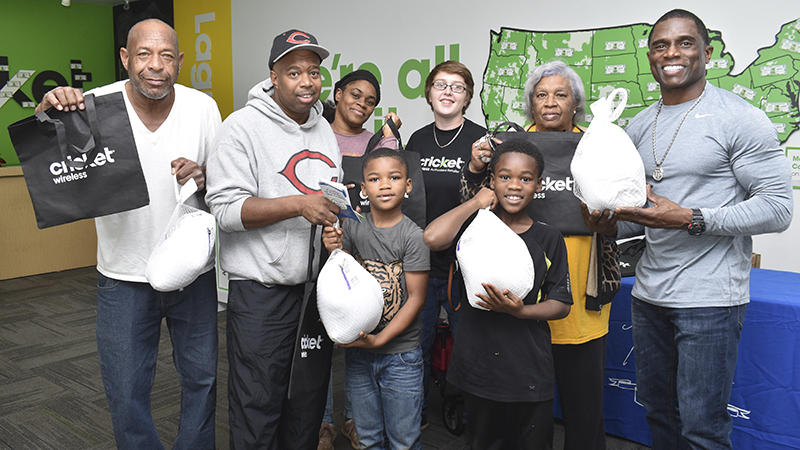 LaGrange native and two-time Super Bowl champion Tyrone Poole gave away turkeys with his foundation Tuesday at Cricket Wireless on Commerce Avenue. The Tyrone Poole 38 Foundation partnered with the telecommunication company to give away turkeys to the community this year.

In only half an hour, most of the turkeys were gone.

Poole also gave out turkeys in Atlanta this week. He said he wants the foundation to not only help people in LaGrange, but also around the world.

“Thanksgiving is actually to me every day, but whenever you help someone to enjoy Thanksgiving, that’s what it’s all about,” Poole said. “It’s the spirit of the year giving things and helping people out.”

LaGrange Cricket Wireless store manager Brittany Lancaster said they were excited to work with Poole and to give back to the community.

“Giving back to the community is important because you don’t know what other people’s lives are like,” Lancaster said.

Poole said his foundation is based around community and giving back.

Poole, a cornerback, played in the NFL for 13 seasons for five different teams. He won two Super Bowls with the New England Patriots.