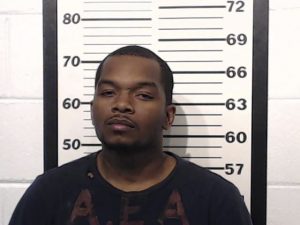 The LaGrange Police Department is searching for a man after he allegedly entered his ex-girlfriend’s residence and strangled her at the 300 block of Alford Street Thursday morning. According to a LPD press release, the victim told police she was woken up by Tobias Grier, 29, who was standing at the foot of her bed.

The victim told police that she and Grier started arguing, and she was then assaulted by him. According to the press release, officers discovered that the victim was not able to leave the residence while Grier was there.

“[The victim] has visible marks and injuries (on) her face, head and neck,” said LPD Det. Charles Brown. “She was able to get to her vehicle that was parked at her residence and lock her doors. Once he fled, she was able to make contact with the police.”

Grier is wanted for burglary, aggravated assault and false imprisonment, according to the press release.  According to Sgt. Stewart Smith with the Troup County Sheriff Office, Grier was arrested in 2013 for kidnapping, battery stalking and simple assault.  He is 5-foot-7.

Year in review: April-June was a busy time in…