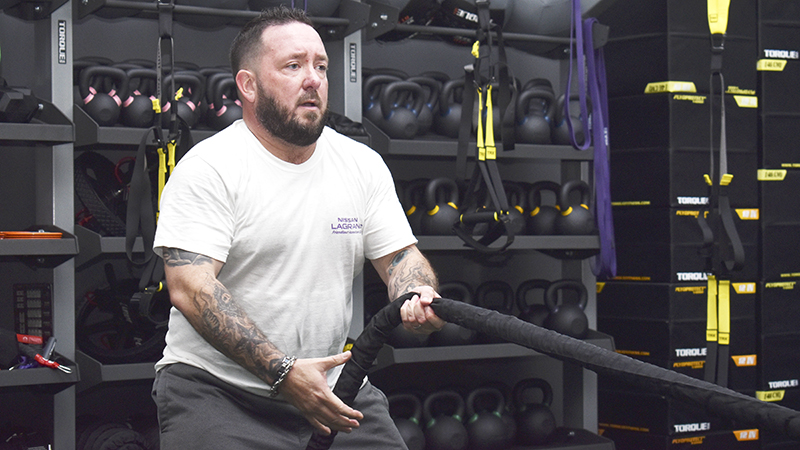 With new year’s resolutions starting this week, some people may be wanting to get back on the exercise bike. Laura Hodge, the Towne Fitness Club sales manager, said anyone starting an exercise routine should take small steps.

“We recommend if you’ve got the time, working out three times a week is nice, but definitely start small and work your way up,” Hodge said. “Also, nutrition is very important in your daily plan.”

Jay Miller, a physical fitness trainer, said sometimes when people set high goals, they may have a hard time following through.

“Then you’re in midyear here in June and July and you’re thinking ‘man where did my goals go?’ and then you’re waiting until the next year,” Miller said. “Failure is OK. People get busy and things pop up in life. The biggest thing is if you don’t rebound, when will you ever rebound? You have to learn how to rebound.”

Hodge said people who miss exercise or give up mid-year can always start over.

“We all need to be kind to ourselves and to each other,” Hodge said. “Don’t beat yourself up.”

Miller said anyone starting a routine should begin by exercising once a week. She said that becomes routine, add another work out day each week.

“If you do the math on that, if they work out one day a week for four weeks — that’s four times a month, 52 weeks in the year — you’ve worked out a lot,” Miller said. “But if you’re working out five times a week and you do that for a month and you drop, its usually because you’ve put too much of a load on yourself.”

For staying accountable, Hodge said people should work out with a partner.

“If you’ve got somebody who you know is expecting you to be there to work out, it definitely (helps you),” Hodge said. “And they’re there for the encouragement too.”

Miller said people should also prioritize exercise if they want to keep their resolution.

“People have big goals — I get that — but you also want to think reasonably about it,” Miller said.

For those who can’t make the gym, walking is also a healthy option, according to Hodge.

“Everybody can walk. All you’ve got to do is put on a decent pair of shoes and [go outside],” Hodge said.

Five homicides occurred in City of LaGrange in 2018,…