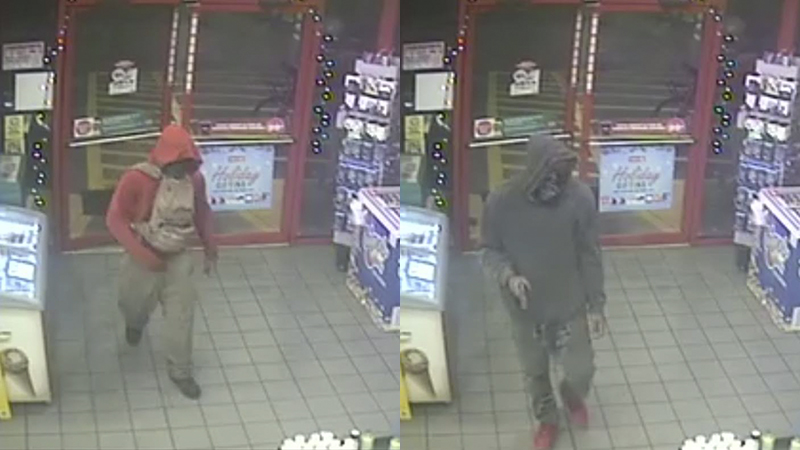 There were eight convenience store robberies investigated by the LaGrange Police Department last year, with most of them involving two or three suspects who entered the stores at night with their faces covered.

In two of those cases, a suspect has been arrested. In the other six, the LaGrange Police Department is still looking for information and is requesting the public’s help in identifying suspects.

LPD Lt. Dale Strickland said many of the cases seem similar since they occurred late at night and involved multiple suspects with their faces covered, but all of those factors are common in armed robberies.

“Often times there’s more than one person involved in the robbery because you always have somebody who’s a getaway driver. Very seldom, and it does happen, do you have one person who goes,” Strickland said. “I think one of the reasons gas stations … and convenient stores are victims of those crimes is because these suspects know that they have cash even though generally it’s a small amount of cash.”

Here are the details on the eight convenience store robberies that took place in LaGrange in 2018:

The first convenience store robbery the LPD investigated occurred March 15 at Freedom Auto Sales. According to police reports, suspect Lamarr Sims entered the store at 6:50 p.m., and did not present a weapon in the case. Sims was arrested and charged with robbery-strong arm.

The LPD asked for the public’s help after a suspect involved in robberies in Eufaula and Alexander City in Alabama allegedly robbed the Dollar General on Colquitt Street. The suspect brandished a small handgun and demanded money from the store, according to a LPD press release.

“That suspect was arrested outside the state,” Strickland said. “And that was the one who was going around to multiple locations in Georgia and Alabama.”

The suspect was caught in Alabama, and the case is cleared by arrest.

Three African American men wearing masks allegedly robbed the Summit gas station on Commerce Avenue. An employee was approached by the suspects at 3:45 a.m., and they had handguns and demanded she open the register.

One African American male allegedly robbed the Summit gas station on Hogansville Road at gunpoint at 10 p.m. LPD Sgt. William Nelson said in a previous interview that the LPD believes the suspect may be related to an armed robbery that occurred at the Motel 6 on Lafayette Parkway on Sept. 1.

The AAA Food Mart on Fourth Avenue was robbed at gunpoint by three African American males, according to investigators. Strickland said they believe one of the persons involved in that robbery is also linked to another case that occurred on Oct. 27 at the BB&T ATM on Broad Street.

In that case, a woman was depositing money when two men approached her, pointed a handgun at her and demanded money.

“The reason we’re saying that is the size of the person is similar in the videos, and it appears that the weapon is the same type,” Strickland said.

Two African American suspects robbed the Summit gas station on Vernon Road with a stick. Strickland said the case is still active and may be related to an attempted robbery that occurred Jan. 6, 2019, at the same station.

On Jan. 6, suspect Ravon Woods allegedly attempted to rob the convenience store with a hammer, but was chased out of the store by a clerk with a bat. Woods was later arrested last night.

“We are looking based on some evidence. He may have been responsible for the one that I’m talking about on Dec. 23,” Strickland said. “It’s the same location, same build, and we are actively working that case as we speak now.”

Jeff’s Outlet Store on Sage Commercial Drive was allegedly robbed by two suspects at gunpoint. According to a LPD press release, officers were called to the scene around 2:43 a.m.

The Circle K on Roanoke Road was robbed at gunpoint by two African American suspects around 2:25 a.m. Strickland said the suspects in this case and the Dec. 27 case have similar descriptions for size and stature.

The case is still active.