LPD loses more than 200 pounds in 2018 through new program 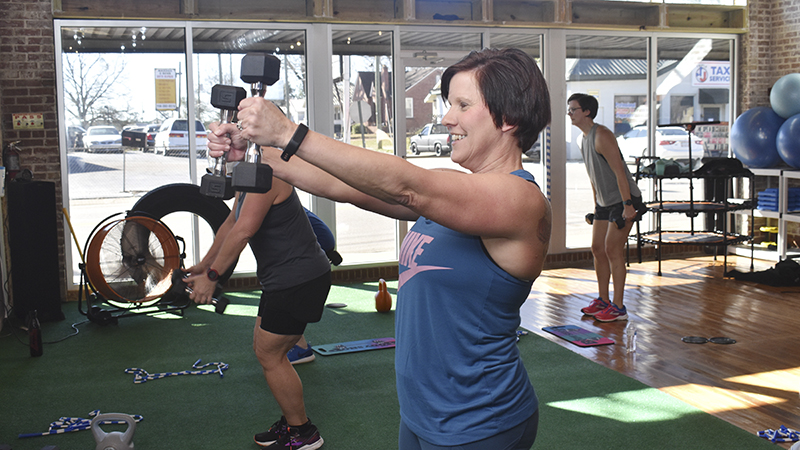 It’s not unusual to see members of the LaGrange Police Department running in the afternoon if you drive by West Haralson Street. Some even run in groups that have lost hundreds of pounds since the City of LaGrange switched its health program to Go365 last year.

LPD Lt. Eric Lohr said he and two other employees run every week during their lunch break and have lost about 235 pounds combined.

“I will tell you that the overwhelming majority of us were already in the process of starting or participating in a fitness program,” Lohr said. “It wasn’t so much ‘groups’ as it was having people to help push each other along and motivate each other to keep moving forward, because everyone has those days when you don’t want to get out there and do it. We force each other to do it.”

The LPD has also partnered with The Body Shop on Hill Street for monthly group workout sessions. Owner Angie Bryan said she can tell a difference in those who started the group sessions now.

“Since I train a lot of them personally, the LaGrange Police Department approached me and asked me if I would be interested in coordinating monthly classes for them and conducting training sessions that anybody within the police department can join,” Bryan said. “It’s getting bigger, more of them are joining, they’re trying to get more of the others to join.”

“A portion of our raise is associated with being able to do so many push-ups and run a mile and a half and things like that,” Bryant said

Lohr said the program has started a friendly competition among members of the LPD.

“I think that the big takeaway from this is less about how much weight people lost, and more about the health benefits that all of us have gained,” Lohr said. “Because even though all of the weight has been lost, all of us are much healthier, much more active.”

“[My goal] initially started as a weight loss goal, but I think [getting] stronger is now my goal,” Sweatt said.

Lohr said the size and amount of running group changes every day, but everyone does get together from time to time.

“We are very proud of all of our employees who have gotten healthy in the past year,” said LaGrange City Manager Meg Kelsey in a statement. “Go365 is a wellness and rewards program that incentivizes preventative care, working out, and getting healthy. This program has been impactful on a daily basis for our employees and we are encouraged by the positive results.”