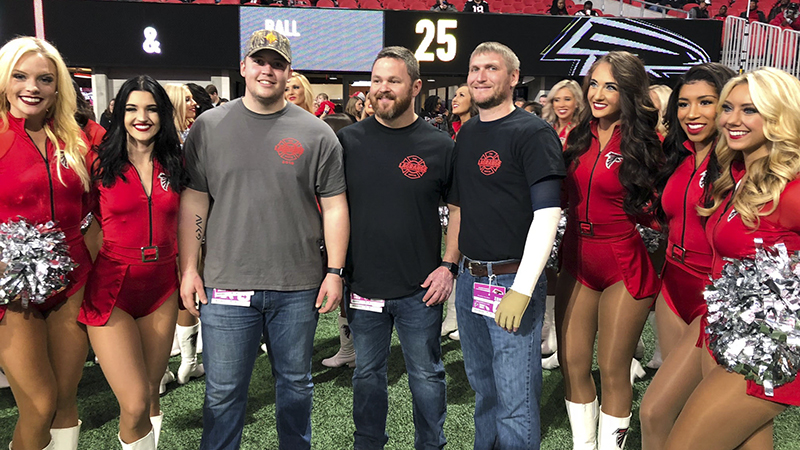 The four firefighters received second and third degree burns during a blaze that occurred on Labor Day last year.

“It evolved from that,” Oubre said. “I was given the contact of [Maddy Scarnecchia] who was in charge of community relations for the Falcons. We talked on numerous occasions, monitoring the guys wellbeing and how they were doing, whenever they would get out of the hospital and when they were going to be healthy enough to come up to a game.”

Oubre said he let the firefighters know they we’re going to the game and that they would be on the sideline, but not that they were going to be honored.

Oubre said once they got to the stadium, Scarnecchia surprised them with the news about being honorary captains and the coin toss.

Trujillo was unable to attend the game, but all four names were honored. Oubre said they got to stand on the sidelines for the national anthem.

Oubre said the firefighters also received gift baskets from the University of Georgia and Auburn University.

“All of this was just for our guys to show them support and let them know that everybody is behind them,” Oubre said.