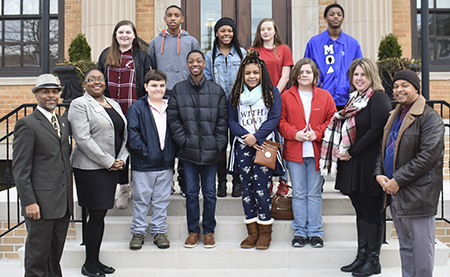 This group of nine students are a part of the newly formed Emerging Leaders group, students who have proven themselves to be positive role models for the community, school and their peers, according to a City of LaGrange press release.

City Manager Meg Kelsey talked to the group about the responsibilities of city government and led an exercise on the importance of being a good citizen.

The group then attended the LaGrange City Council’s regular work session and addressed the mayor and city council by introducing themselves.

“We have to let our youth know this is their community, they are our future and one day they can sit in the same seat as Mayor Thornton. These things truly are possible.”

During the next few months the Emerging Leaders group will have meetings once a month led by local business leaders, entrepreneurs and stakeholders in the community focusing on integrity, commitment, accountability and respect.